By Legitbzna (self media writer) | 4 months ago 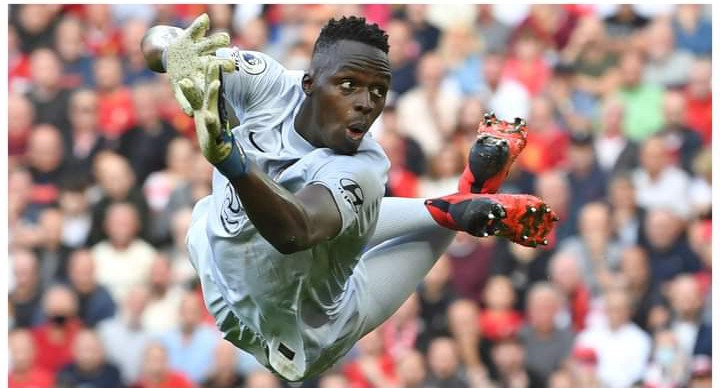 Despite tough competition from the likes of Gianluigi Donnarumma who played a key role in Italy’s Euro victory and in PSG, as well as Bayern Munich’s Manuel Neuer, Edouard Mendy who helped Chelsea to secure Champions League victory and UEFA Super Cup in his first season was declared the world’s best goalkeeper for 2021.

However, this deserving award seem not enough to secure a spot for the Senegal and Chelsea shot stopper as he was exempted from FIFA’s world best eleven (11) players. This has so far sparked confusion with critics failing to understand the criteria for selection for the best eleven.

The Senegalese was replaced by his contender Donnarumma in goalpost with players such as Ruben Dias, Bonucci, Jorginho, Kanté, De Bruyne, Cristiano Ronaldo, Haaland, Lewandowski, Messi and Alaba forming the other ten players.

The question still remains: How was a best goal keeper for the year under review go missing on the list of best for the same period? This marks the second consecutive time the world class goalkeeper is missing out on top award lists. Mendy’s exemption from the Ballon d’Or shortlist left many football fans with doubts because of the quality performance of the goalkeeper within the period.

Currently, Mendy who finished ahead of Manuel Neuer and Italy’s Euro 2020 finalist Gianluigi Donnarumma is in Africa to honor his call-up for the African cup of Nations (AFCON). Mendy plays his national football for Senegal alongside Sadio Mane of Liverpool.