By Smartmind (self meida writer) | 8 days

Jordyn Huitema and Alphonso Davies are the greatest couples in football. The Canadian footballing duo is the most promising player for their national teams and is already playing in Bayern Munich and PSG.

For the young couple, who have been together since the age of 16, to both win, the Champions League in the same season would be a massive achievement.

The beginnings of the love story of these young stars (both are 19 years old) go back to April 2017 when the two played Vancouver Whitecaps from Canada. He, who was born in a refugee camp in Ghana after his family arrived from Liberia, came to the country from North America at the age of five. 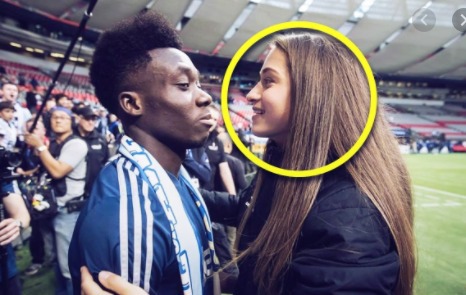 In Canada, they both had to speak for their great performances and the calls to the youth teams became frequent. In 2016 Davies won the award for best U17 footballer in his country. A year later, he received the award again and in the women’s business, his girlfriend was consecrated.

They both share one of the greatest interests one can have, and that is football. However, not only are they both fond of the beautiful game we all love, but they also play football on a professional level, so much so that Davies plays for the Bavarian side Bayern Munich, while Huitema plays for Ligue 1 champions Paris Saint-Germain. 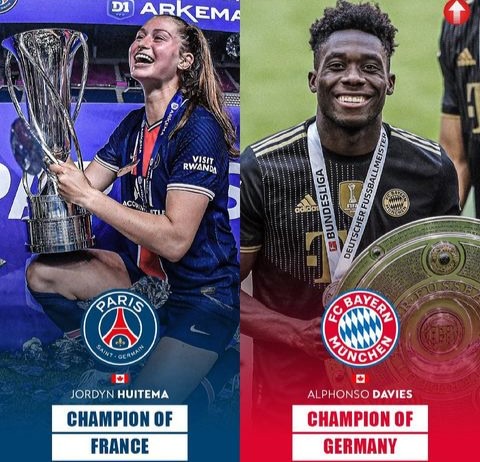 In recent days, the two power couple have been crowned champions of Germany and Champions of France which is a beautiful thing to see in a couple. This has been compared with some of the Couple goals we have in Kenya with many couples aiming to dress in similar vitenge or "King" and 'Queen".

The worlds' sporting power couple is inspiring many people out here to have a bigger goal and always aim at the skies so that if you don't touch the skies you'll land at the moon.