By Lexussports (self media writer) | 1 month ago

Cristiano Ronaldo has been in superb form this season rescuing Manchester united time and again from shaming defeats. Today we gonna look at the five records held by Ronaldo in La liga. He will always be held as one of the all greats the grace the league. The Real Madrid legend managed 450 goals in 438 games and adding further 131 assists 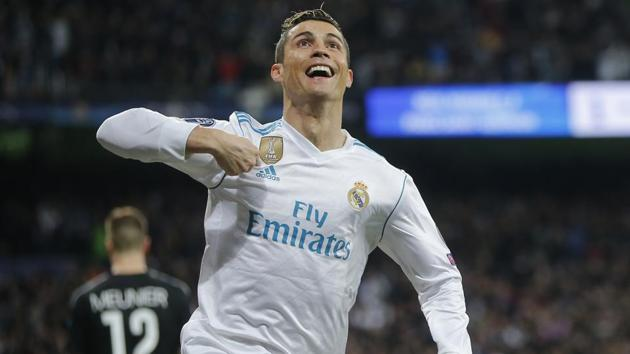 Fastest to 20 league goals in a single season -12 games

Carlo Ancelotti was the manager and Real madrid fought bitter rivals Barcelona right to the end but unfortunately, the Blaugrana won La Liga by only 2 points.

But cristiano won the applaud of many plaudits and records for his performances.

It won't be a surprise to you that some call cristiano Mr Penaldo because his exploit from the six yard area is his specialty and that's why he holds this record.

He was Real madrid go to master when it came to attack, freekicks and six yard awards.

Ronaldo also holds the record for most penalty attempts in La Liga history 72.

The famous rivalry between Real madrid and Barcelona has brought one of the best football in the world in the past centuries.

And Ronaldo has been strong entangled and thrived on the big stage for the rivalry and making himself one of the greats to be involved in the fixture. Given the strong competition between him and messi, there was no one point Ronaldo would let himself down.

Ronaldo scored 18 goals in 31 El classico and in this process breaking Real madrid great Ivan Zamorano;s record of scoring in five consecutive clasicos in 2012 and setting the record to six.

After Real madrid forked out 94m Euros transfer in 2009 for cristiano transfer from Manchester united. He came and stamped his authority in the league easily. He became the top scorer in Lal Liga in his second season beating Messi by a nine goal margin.

Most league hat tricks scored in a season-8

This ever green legend has no limit in putting the ball in the net. He has a total of 34 La Liga hat tricks.

Although the record has been broken by Messi. They still holds the most hat tricks in a single season.

Content created and supplied by: Lexussports (via Opera News )