By Philosopher (self media writer) | 3 months ago 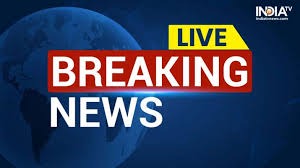 Juventus are not considering any late move for Sergio Agüero, Eden Hazard or Pierre Aubameyang despite many rumours. They’re not Juventus targets as of now. Miralem Pjanic and Axel Witsel are both on the list to sign a new midfielder.

Agreement reached for Amad Diallo to Feyenoord with player and Manchester United since yesterday, also medical and travel scheduled - but the deal is now ‘in danger’ because of an injury. Diallo had an injury in the last training session with Man Utd. Deal now at risk.

Amad Diallo move to Feyenoord on loan has definitely collapsed because of his injury in last training session. It’s a muscle injury - so he’s expected to stay at Man United after medical and travel scheduled with Feyenoord.

Tottenham are currently NOT in negotiations for Ilaix Moriba. RB Leipzig are working to complete the agreement with Barcelona.Ilaix Moriba’s agents already have an agreement on a five-years contract with RB Leipzig for next year. Talks to anticipate the deal.