The battle of the titans; who will emerge victorious?.

By Thetrumpeter (self media writer) | 1 year ago

Today is day 2 of 2020/2021 EPL Calendar, and in store for all Football lovers across the globe is a mouthwatering encounter between two Football giants in English Football. And both teams are ready for the Epic battle at the infancy stage of the EPL season.

Frank Lampard's west London side, are ready for the EPL champions after demolishing the Seagulls 3-1 at the Amex stadium last Saturday. Their goals came curtsey of Jorginho, Reece James and the improved central defender Kurt Zouma.

But the Champions also were involved in a ping pong encounter, with a newly promoted side Leeds United Fc. And Jurgen Klopp boys had to dig deep into there reserve bag of arsenal to find an answer to the Obdurate Leeds utd side. The newly promoted Championship side gave the EPL Champions a run for their money.

It is this type of fixture that can cause a team a quandary and ruin their season completely. Last season in the corresponding fixture Jurgen Kloop charges emerged victorious with a 1-2 away victory, there goals came very early from Trent Alexander Arnold and the Samba boy Robert Firmino. Chelsea's consolation goal came from their French Midfielder N'Golo Kante in the 71st minute of the game.

But today's game will be a complete different ball game, and no team will be willing to be munificent to the other. And the team that will display equanimity first will definitely emerge victorious. If last Saturdays Liverpool game against Leeds United is anything to go by, then Chelsea will take a lot of solace from that game and exploit the Fragile Liverpool defense.

And Lampard will instruct his charges to make the warbling Liverpool defense very disquiet from the word go. And with their new acquisitions they are capable of dismantling and disseminating to pieces any defense at will.

But Chelsea also must keep Liverpool's furtive Egyptian striker under a tight leash if they want to get something out of this encounter. Mo Salah is a very guileful striker and the Chelsea back three must be on Red alert if they are to tame him.

Who will emerge victorious, after 90+ minutes of pure Football is not easy to predict. But as Peter Drury always says, the ground is ripe and ready for the players, all the tactician have played their parts and now it is time for fate to conspire with Nature and produce a winner. May the best team win. 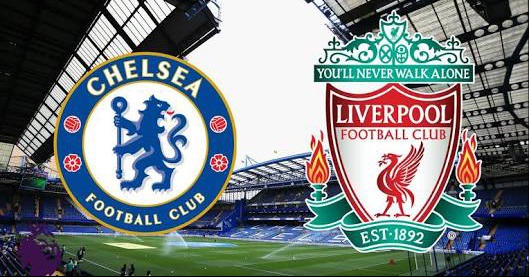 Content created and supplied by: Thetrumpeter (via Opera News )

How to Turn Your New Year's Resolutions into Habits