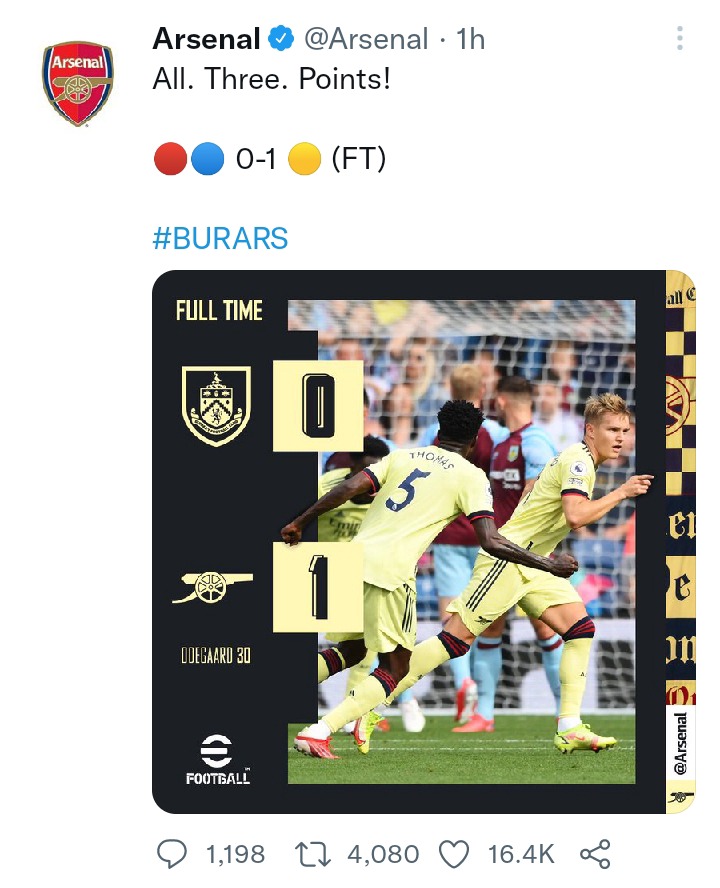 Thanks to a brilliant freekick from Martin Odegaard, Arsenal were able to edge Burnley 1-0 at Turf Moor today. The game was well balanced, with both sides making a number of goal attempts. The game was more technical than physical and so there were a lot of battles in different positions.

However, Odegaard’s one and only shot on target made all the difference in the end. Arsenal have now won two Premier League matches back to back and will be aiming to repeat their win against Tottenham Hotspur next weekend. The Gunners now sit at 13th place in the EPL table with 6 points. 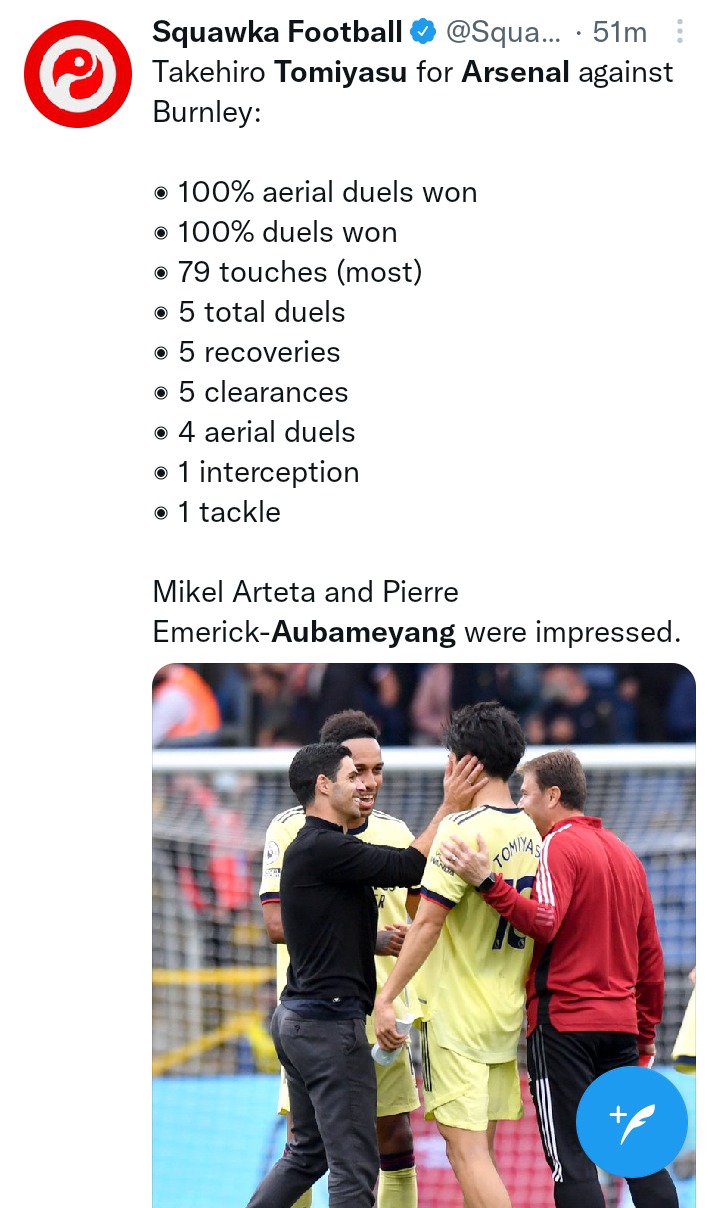 Arsenal’s new recruit Takehiro Tomiyasu displayed a monstrous performance against Burnley today after he managed to successfully win all his aerial and ground duels. In a game that was more defensive than offensive for Arsenal, it is safe to say that Tomiyasu passed the physicality test against Burnley because his heat map was red hot on the right-back position.

Tomiyasu is slowly becoming a favorite for Arteta in the right-wing back position. The likes of Chambers and Cedric have now been replaced by the Japanese international who has more than one strength under his belt. With Arsenal not playing any European fixture this season, it can easily be assumed that Tomiyasu will be making the most appearances in the right-back position.

Arsenal have often quite been considered a soft team by their opposition whenever it comes to crucial VAR decisions. But that is never truly the case because poor refereeing has always affected Arsenal’s performance in matches. From unnecessary red cards to goals being overturned, Arsenal have suffered a great deal of setbacks in recent seasons but hopefully, this season things will change for the better. 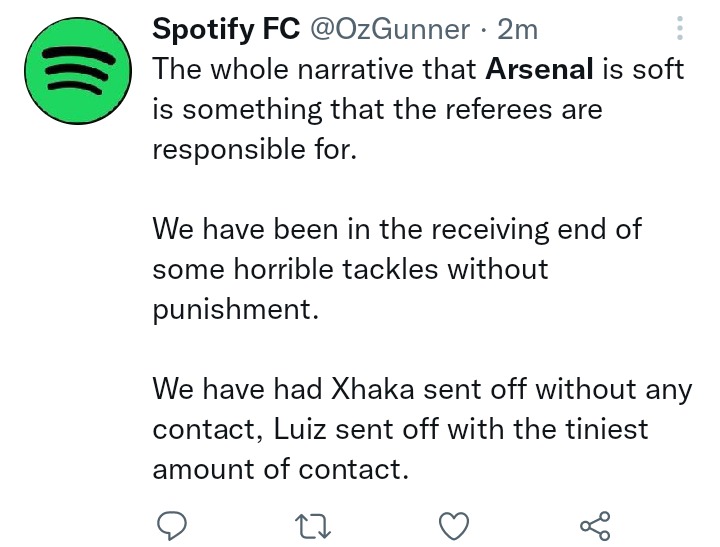