By GhostNews.Com (self meida writer) | 25 days 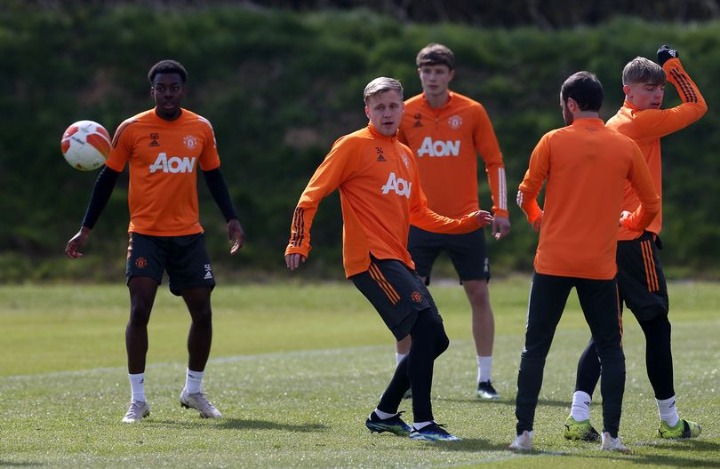 Manchester United are in preparation to face off Granada in the second leg of the UEFA Europa League at Old Trafford after their 2-0 win in Spain during the first leg.

The Red Devils managed to make a huge comeback to beat Tottenham Hotspurs over the weekend which was their 23rd time to win a match from a losing position.

As they are training for Thursday's clash, Ole Gunnar Solskjaer will be without some key players like Luke Shaw, Scott Mctominy and captain Harry Maguire who will miss the second leg due to suspension. 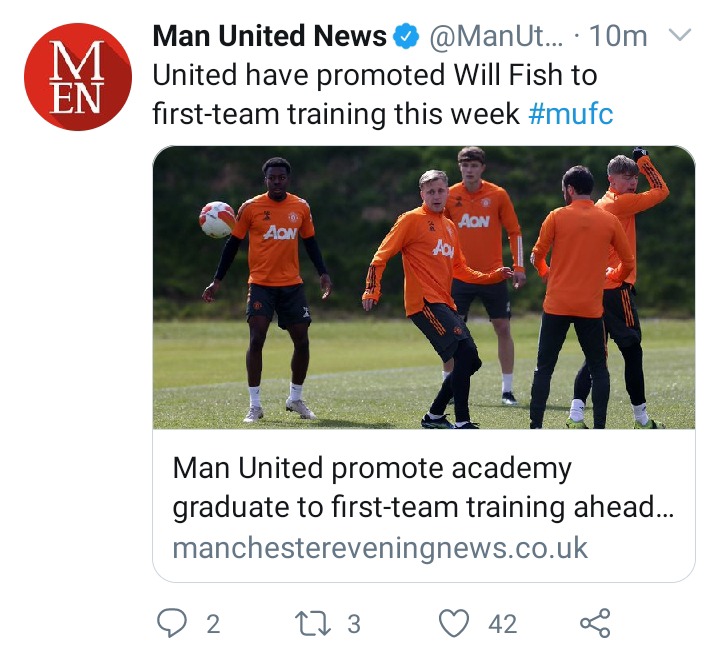 This will be a huge setback for Ole Gunnar Solskjaer, but he has got some players who will cover up for the suspended stars.

Ole Gunnar Solskjaer confirmed the addition of a highly rated teenage defender to the UEFA Europa League squad, who also made his first training with the senior squad today.

According to Manchester Evening News reports, Will Fish joined the first team training as well as he is hoping to get some minutes against Granada.

Will Fish has been an important player for Neil Wood's Premier League 2 side this season with his impressive performances earning him a place to replace suspended Harry Maguire.

This is a huge step forward for the Manchester United youngsters who seem to enjoy their football careers under Ole Gunnar Solskjaer.

How is the progress of Manchester United under Ole Gunnar Solskjaer?

Today's Matches That Will Give you Good Money