Leagues across the globe resume again after international break and its from these top leagues that we have compiled our predictions for today, we deliver our predictions by keenly analysis team strength, current form head to head and other aspects. 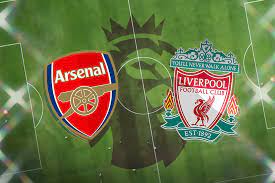 Here is our predictions for today

The home team have kept 7 clean sheets in recent seven home matches, the visitor have failed to score in their last three recent matches, pick Chelsea win to nil @1.8

These two inform teams lock horns today, Leicester is one on the tree teams who have beaten Man City this season, both teams to score or over 2.5 seem legit having seen GG in six of the last 9 meetings, pick over 2.5 @1.88

in this fixture only once in10 last meetings has one team failed to score, and only once has seen under 2.5 goals, pick over 2.5 @1.83

Five recent meeting between these teams have seen over 2.5 both team score, pick over 2.5 @1.93

These two teams are separated by just four points, in seven last meeting only once has one team failed to score, pick both teams to score yes @1.48

Juventus have won 7 of the last eight meeting bin this fixture, Torino have won just four matches in Seria A league this season the same number as what Juventus have lost, pick away win @1.5

Madrid have won 6 of the last seven meetings here, all matches have seen over 2.5 goals, pick home win @1.42

Porto have never been defeated in 8 of the last meetings, 7 of these matches they have won to nil and the same is possible today pick home win & no goal @1.83