The 2021/22 English Premier League came to an end today after Manchester City was Crowned Champions after coming from to goal down to beat Aston Villa. Liverpool finished second and got the better side of Wolves while The Blues managed to fully cement the third position after defeating Watford. 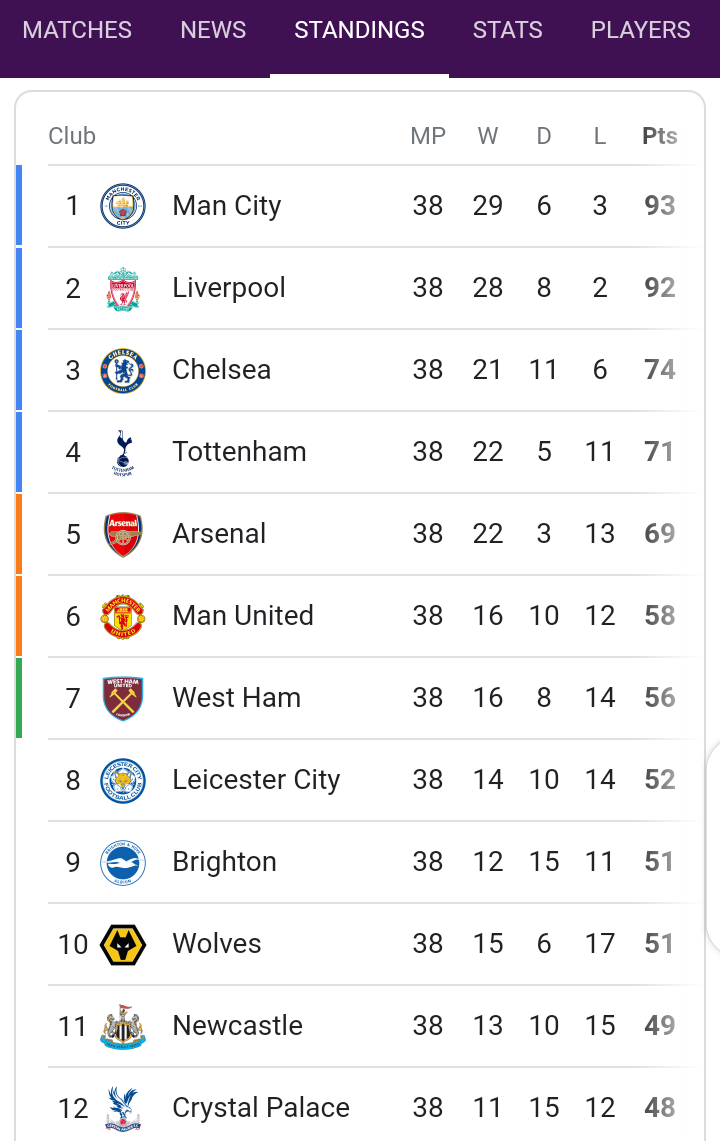 Spurs booked a spot in the UEFA Champions League finals after thrashing Norwich City 5-0. West Ham United will play in the UEFA Europa conference qualifiers after finishing seventh. Arsenal and Manchester United qualified for the UEFA Europa League despite the latter losing to Crystal Palace. The Gunners on the other hand thrashed Everton 5-1 at Emirates Stadium. 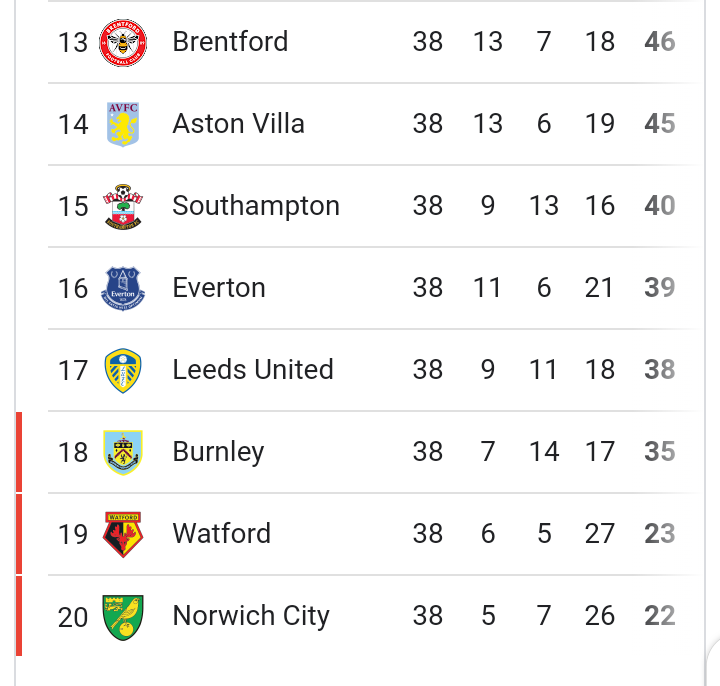 Norwich City, Watford, and Burnley got relegated from the Premier League and will be participating in the championships next season. 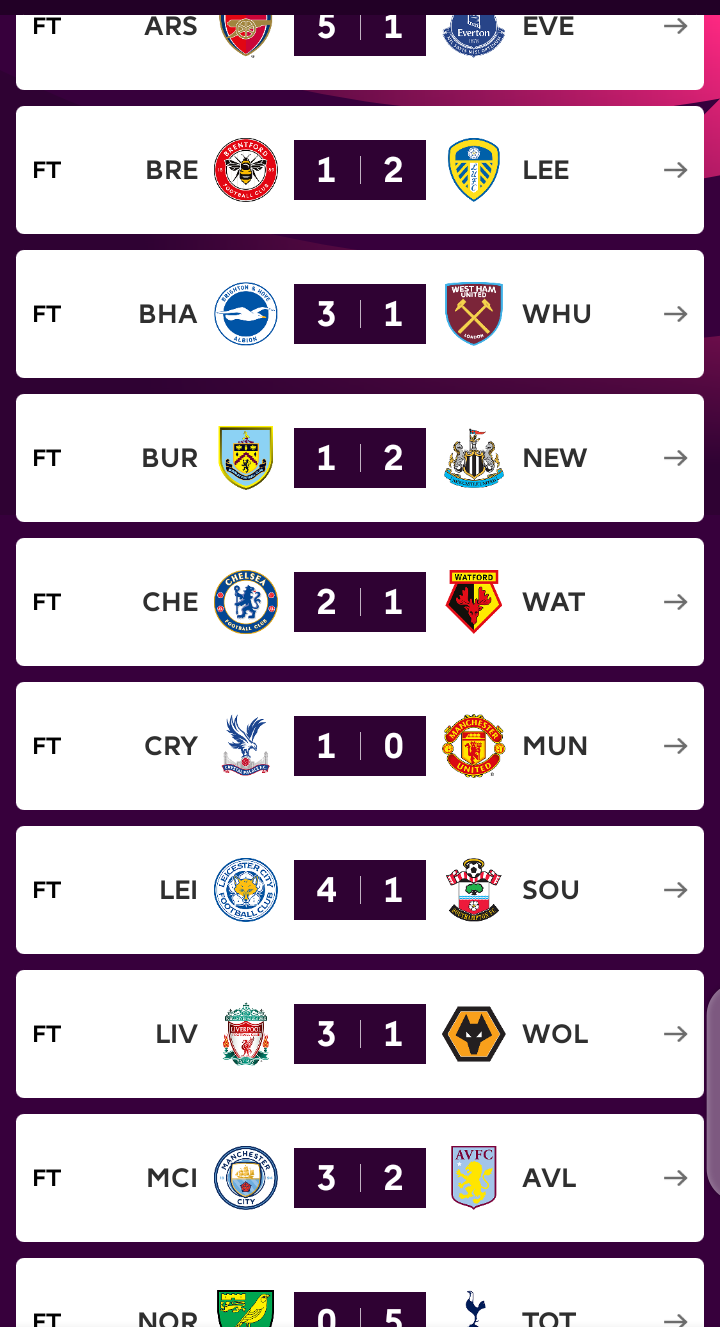 Liverpool and Manchester City booked a spot in the community shield finals which will be played early next season. The reds won the Fa Cup while Manchester City won the Premier League.