"He Needs to be Benched, Don't Start Him Again" Man United Fans Fume At Star Player

By CommentatorNews (self meida writer) | 5 days 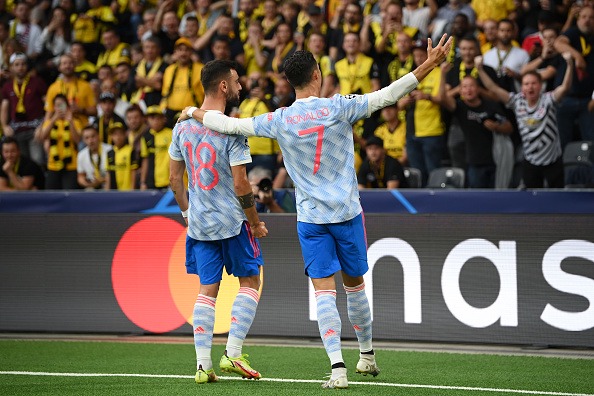 Manchester United made the long trip across to Switzerland to face Young Boys for their Champions League group opener match of the new campaign.

The red devils who are in dire need of trophies have made a good start to the season with good wins in the Premier League and looked to extend their red hot form into the Champions League.

With Cristiano Ronaldo leading the attack for his second game since re-signing, all odds were against Young Boys as United looked favourites to clinch the win. 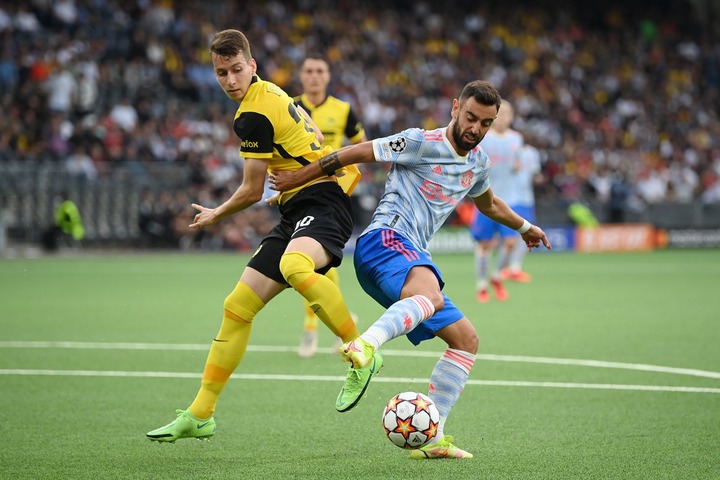 Things started well as expected with Ronaldo scoring the opener in the 13th minute only for Wan Bissaka to make life difficult after making a dangerous tackle that earned him a straight red card.

That meant that United had to play the rest of the game with 10 men giving the hosts a chance to attack and find the equaliser.

That would happen later in the first half and Ole had to even take off Cristiano in aim to get a point. 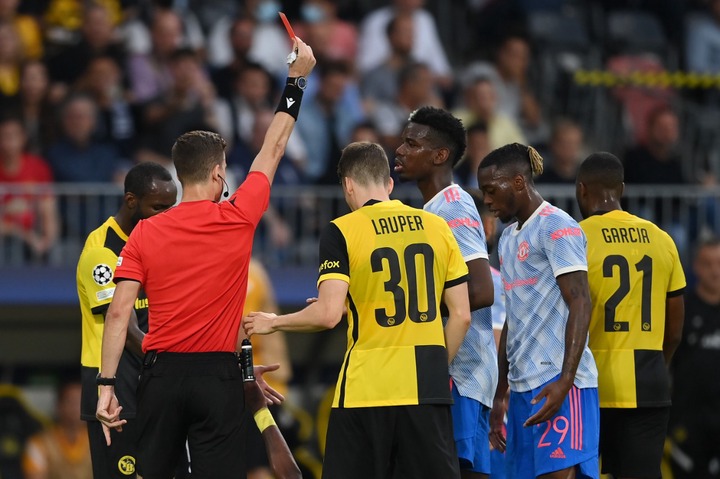 However, United fans on social media had all their fingers pointing at Bissaka for that red card as they blamed him for bringing all the trouble.

Viva ronaldo: Wan bissaka will always drag everyone down to his level. We need to cut our losses and sell him for 40 mil to Everton

Usama Paul: Ffs man, this is literally all Wan Bissaka’s fault. So stupid. Killed the game ages ago 😴

The Don: All wan bissaka’s fault this. Liability- been saying it for months. Not good enough for a top attacking side. #YBMUN

Olanrewanju: Wan bissaka is such a terrible footballer.. His control is poor, his passing is poor and he is a liability going forward.. We need a better right back.. #YBMUN 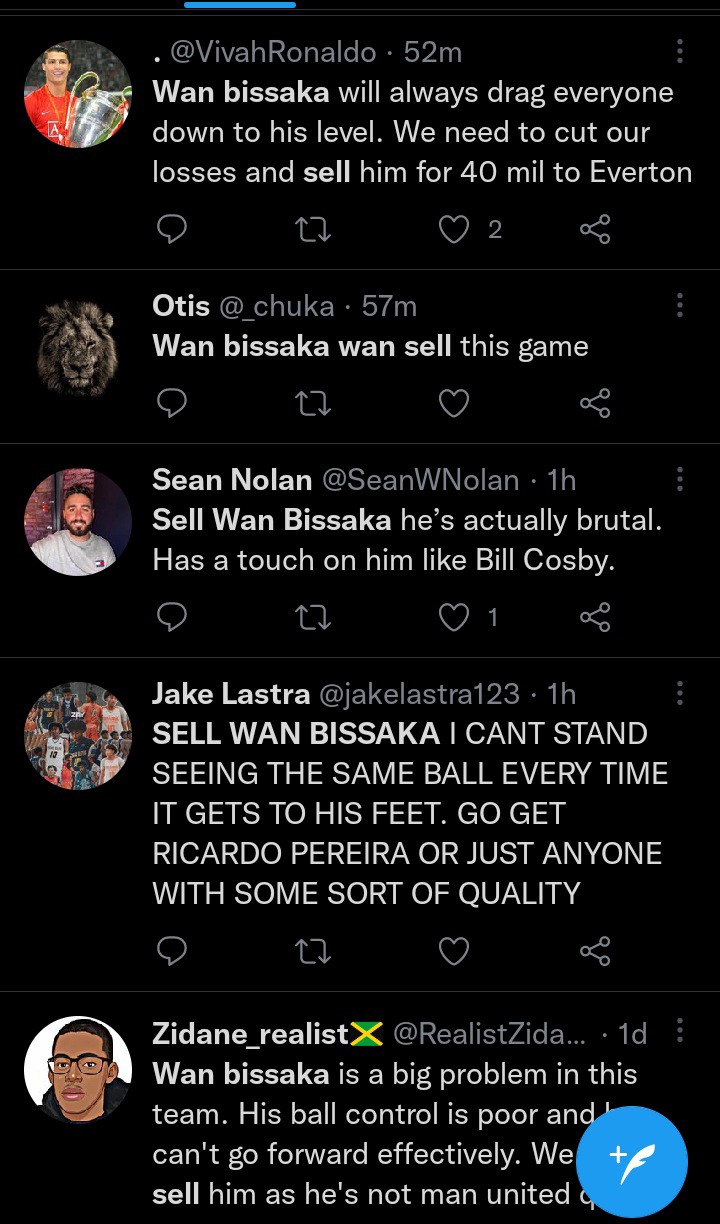 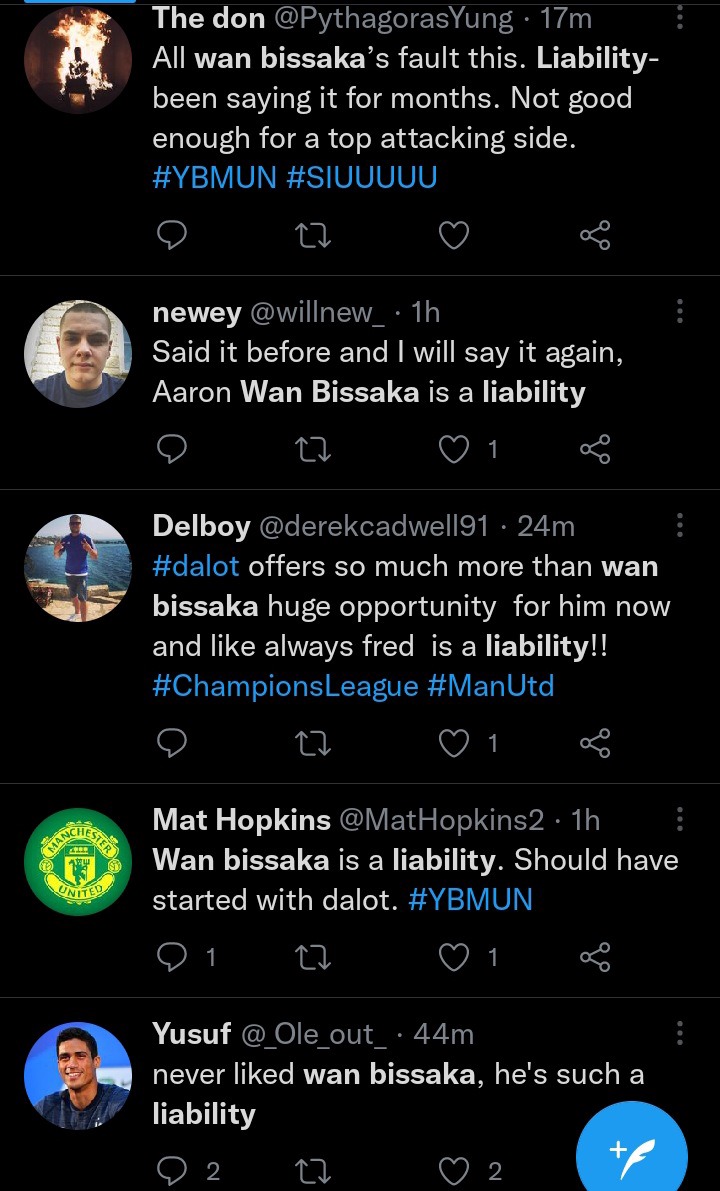 Maridao: we need to talk about WAN BISSAKA, tell him to get out of Manchester!!!!!!!

Jake Duggan: Rather give Dalot a go than watch Wan Bissaka every week absolutely abysmal footballer. 50 million 🤢🤢 should of gone all out for trippier in the summer!

Taylor: Wan Bissaka should be benched for a few games for what he’s just done. Hung everyone out to dry this game.