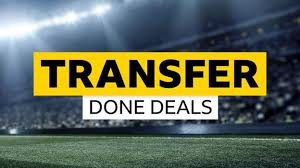 The 18-year-old winger will join Patrick Vieira’s squad from 1st July, when his contract with Derby ends.(Source: @CPFC)

Petr Cech has stepped down from his role as technical and performance advisor at Chelsea.

Cech is the latest to leave the club following the Todd Boehly-Clearlake takeover, after the departures of chairman Bruce Buck and director Marina [email protected]

Arteta said: “Matt is an experienced goalkeeper who will bring high quality to our squad - he was great in MLS”.

Official and confirmed. Christophe Galtier leaves OGC Nice as he’s set to sign with Paris Saint-Germain as new manager. It will be resolved and completed this week.

OFFICIAL: Nice have appointed Lucien Favre as their new manager; Christophe Galtier has left the club and is set to take over at PSG.

Follow,like and share our page for more confirmed news.