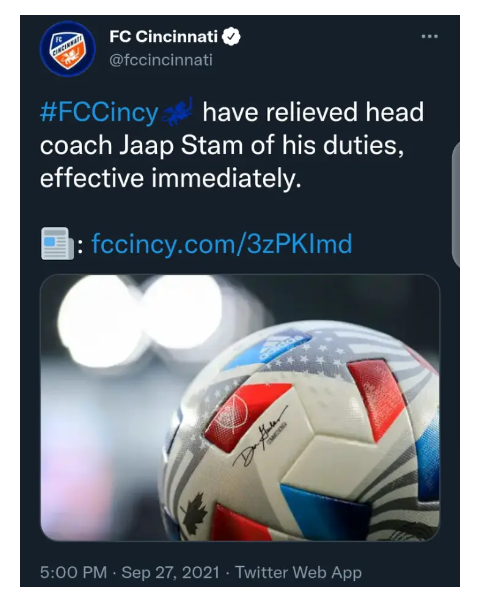 September 27th 2021 seemed to be a bad day for FC Cincinnati coach and former Manchester United long term legend Jaap Stam after he and some other officials got sacked by the team management after a poor results. According to an official report that was posted on official Twitter page for FC Cincinnati, Stam's duties were officially terminated. "FC Cincy have relieved head coach Jaap Stam of his duties, effective immediately," twitted the club officials. 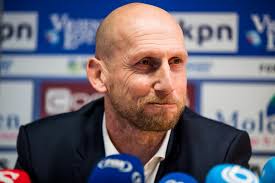 His place has been immediately replaced with Tyron Marshall who has been the FC Cincinnati under 19 coach as the interim coach. Other officials who were sacked together with Stam are, Said Bakbat and Tain Darrot. FC Cincinnati is one of the successful clubs that compete in American Championship in 2021/2022 season. Stam is a former Manchester United player who helped the club in English Premier League and other leagues in Europe for a good period of time.