By KenyaSasa (self media writer) | 14 days ago

It is common knowledge in Kenya's football arena that AFC Leopards community has been facing financial difficulties for quite sometime.This has led to poor performance from the players.The team managament did organize a fundraising event at the United Kenya Club.The chief guest was none other than Cabinet secretary , Eugene Wamalwa who gave a contribution of one million Kenyan shillings. 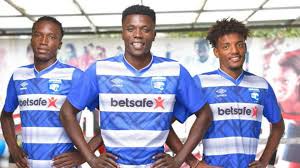 The event attracted many fans who willingly gave as much as they had so as to rescue their team from being relegated by FIFA.The team's woes started when some of the club's players reported cases of non-payment of salaries and allowances.This then led to them being fined a huge amount which they could not raise. 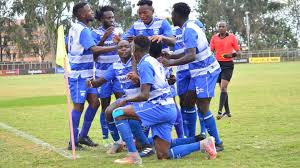 Following yesterday's meeting , they were able to get close to ten million shillings.The head of state , who also a sports-loving person gave two milllion bob.Westlands Member of Parliament , Tim Wanyonyi gave Four hundred thousand shillings and promised to give a hundred thousand shillings token monthly for the next twelve months.Former Deputy Prime Minister , Musalia Mudavadi also made a huge contribution to his home team which is also one of the oldest in Kenya.

We wish them all the best as they try and bring back the lost glory in the team. 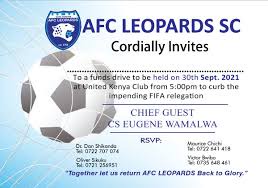 Content created and supplied by: KenyaSasa (via Opera News )