Top talented players have always competed for team trophies, but some of these players do win individual rewards on the process of helping the team. Chelsea football club have been incredible since Thomas Tuchel was appointed as their full time manager.

The Blues won several trophies including the UEFA Champions league, Super Cup and are competing for top spots this season, with several players including Eduard Mendy, Jorginho and Ngolo Kante being nominated for top awards. 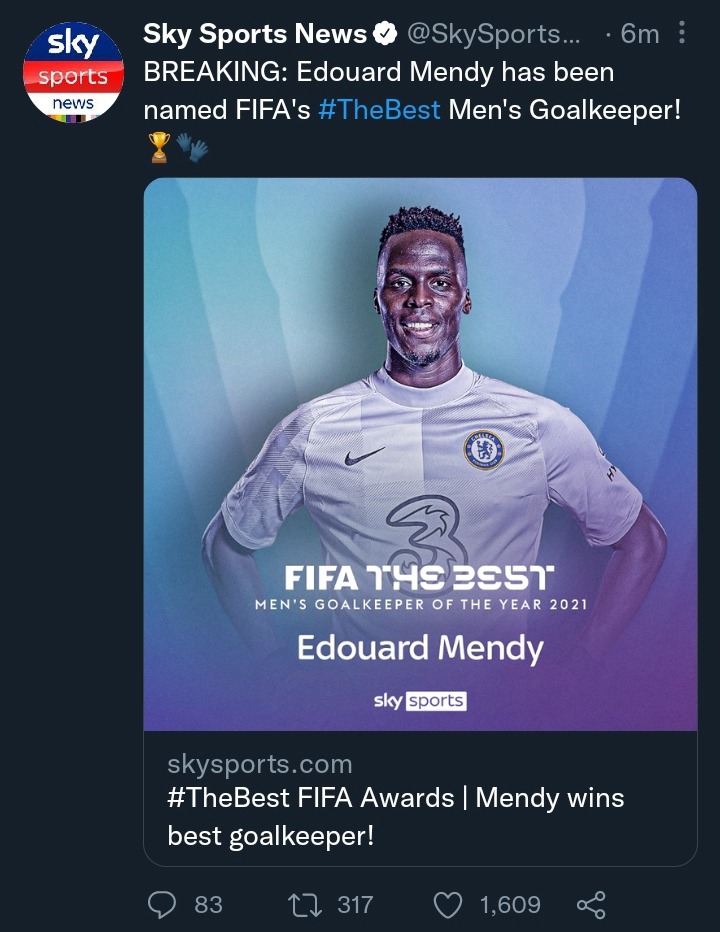 According to reliable Sky Sports news reports, Chelsea's goalkeeper Eduard Mendy has been awarded as the best men's goalkeeper of the season for his top performances.

The reports state that the top Senegalese goalkeeper who has been on top form since he was signed for Chelsea won this award after he was not selected for the Balon dOr award which was won by Lionel Messi.

Does Eduard Mendy deserve this major award from FIFA?