By DailyUpdates (self media writer) | 4 months ago

Six matches were played yesterday in the FKF Premier League with Kakamega Homeboyz extending their lead to 5 points on beating second placed KCB in a thriller.

KCB's lead in the 15th minute was canceled in the 40th minute as Mwana Yema equalised. In the second half, Omengo Estone put the visitors ahead before Yema completed his brace in the 80th minute making it 1-3.

KCB scored their second in the 86th minute but were unlucky as the match ended 2-3. 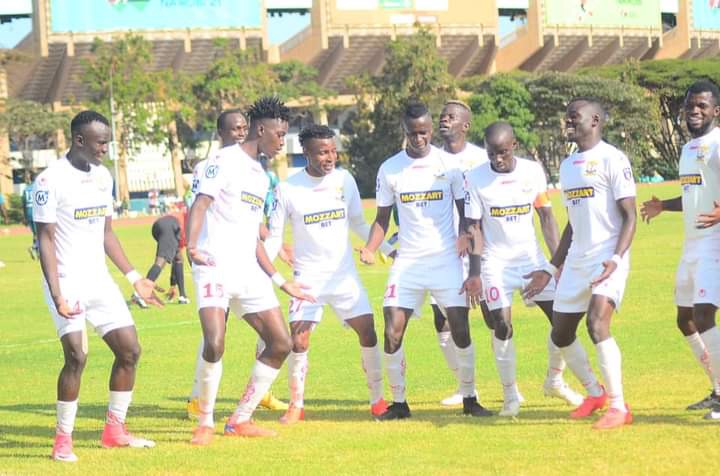 Mahia were too strong for FKFPL newbies Talanta FC as Austine Odhiambo's brace was all they needed to collect the maximum points.

Struggling Vihiga Bullets secured a point against a strong Bandari FC side. The FKFPL match ended in a one all-draw.

Defending champions Tusker FC lost at home to Nairobi City Stars. Simba wa Nairobi's only goal was scored by Olivier Maloba in the final minutes of the match, 87th minute.

In an earlier match, Sofapaka came from behind to secure a point against hosts Bidco United. Gathu Zachary granted Bidco an early lead in the 22nd minute but Lawrence Juma's strike in the 52nd minute leveled the scores.