The Confederation has moved the (AFCON) African Cup of nations 2023 Qualifiers match day 3 and 4 from the September 17-29 FIFA window to March 20-28, 2023 to give enough preparation time to Africa’s five representatives for this year’s World Cup in Qatar. 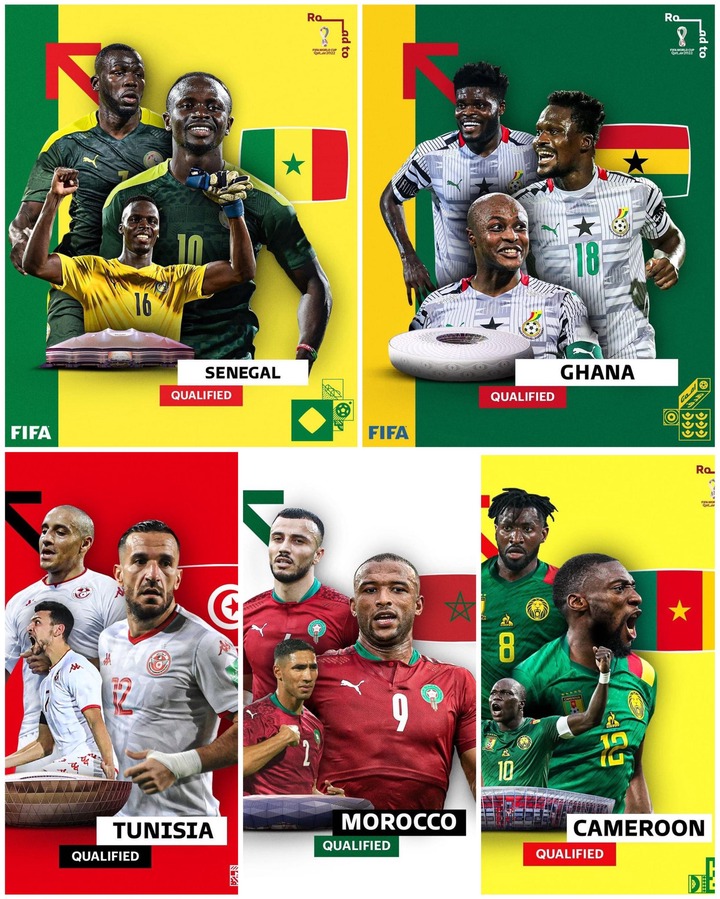 This was made after the recent date of the Cup of Nations finals that was meant to be hosted but instead it will be hosted coming June next year to January 2024.

More fixtures and critics from both Senegal coaches had been raised as his country would have played two cup of Nations qualifiers home and away Against Mozambique. 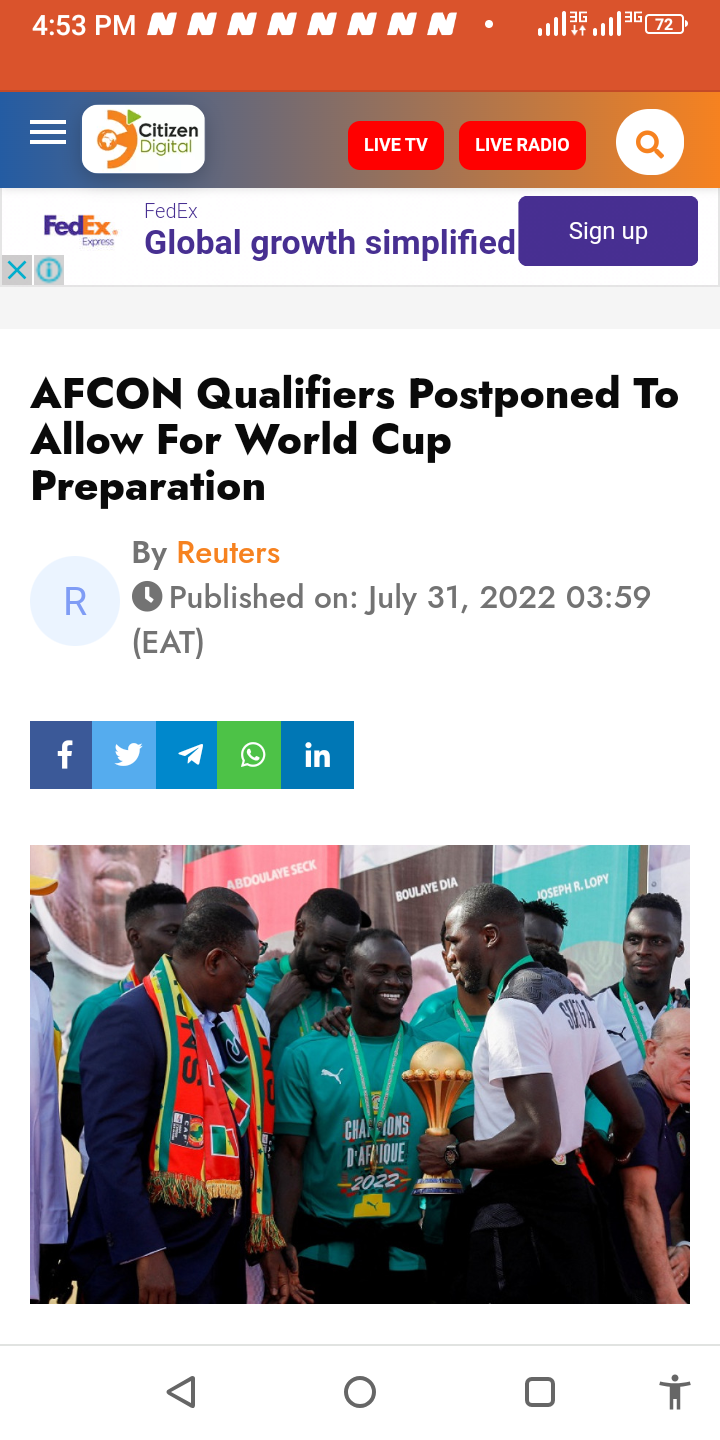 The final opportunity that would meet them they would play against opposition from other continents ahead of the World Cup in September.

The following is the list of sponsored countries in Africa that will be playing in the World Cup finals in Qatar; Cameroon, Ghana, Morocco, and Tunisia. 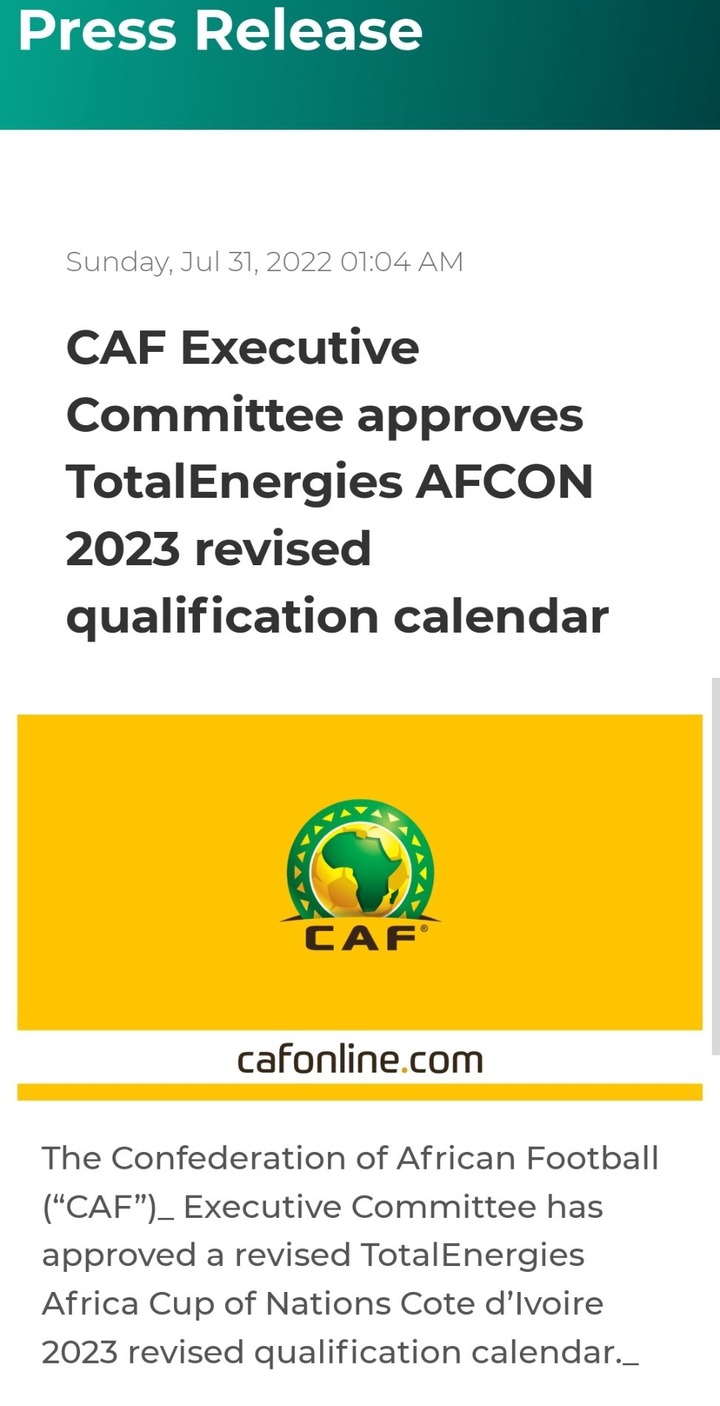 The Cup of Nations qualifiers, which started with two rounds of matches in June, still have four rounds remaining. 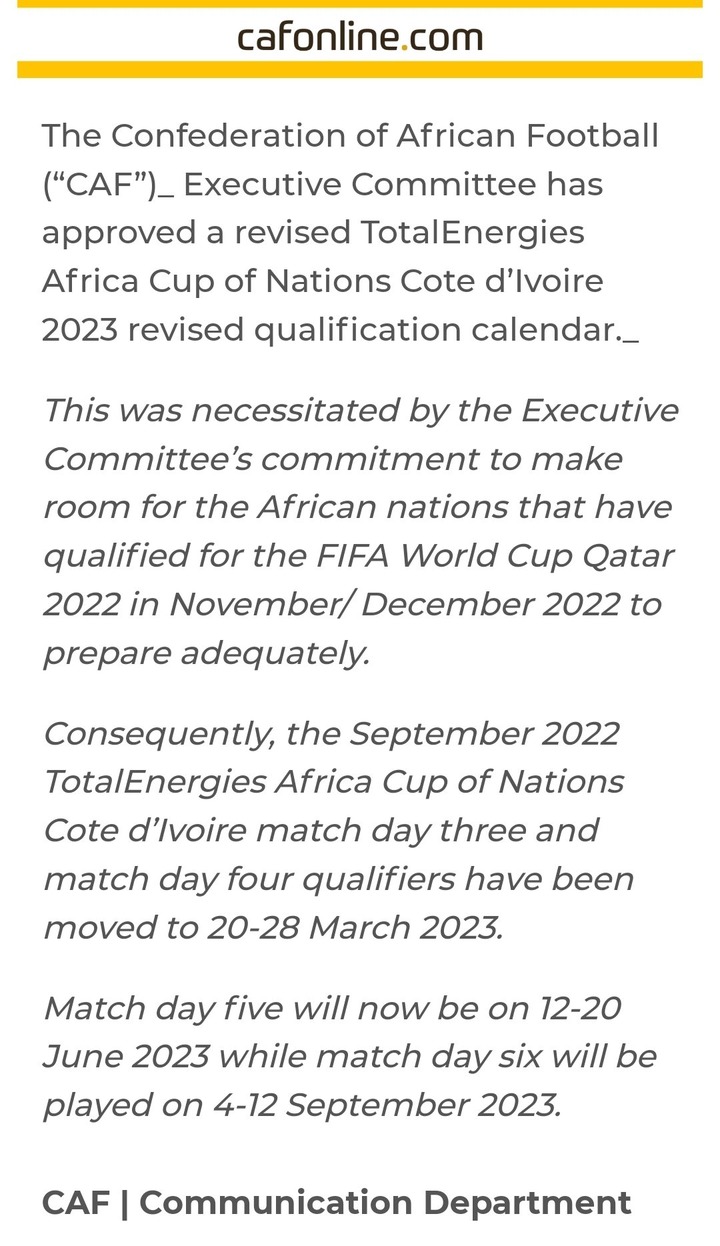 Over 174 People Dead After a Football Match Turned Horrific

Sad Day as 129 People Reported Dead after Stampede at Match