The winner of EPL August player of the month

By Elvis (self media writer) | 4 months ago

The premier campaign was underway last month on 13th of August with Arsenal vs Brentford game which was the beginning of an entertaining month of football. Many players begun the season on a high note the likes of Mason Greenwood who won the Manchester United player of the month award, Michail Antonio of Westham , Gray of Everton and Fernandes who bagged a hatrick on his first game.

The contestants for the player of the month award were Marcos Alonso of Chelsea who scored a fantastic free kick against Crystal palace, it also included Westham midfielder Said benrhama who was also on form. Eric Dier of Tottenham who ensured his side kept three clean sheets in 3 games, Everton new signing who was also on fire after his move from Bayern Leverkusen. On the list also Manchester United teenager Mason Greenwood who has scored three goals from three games. 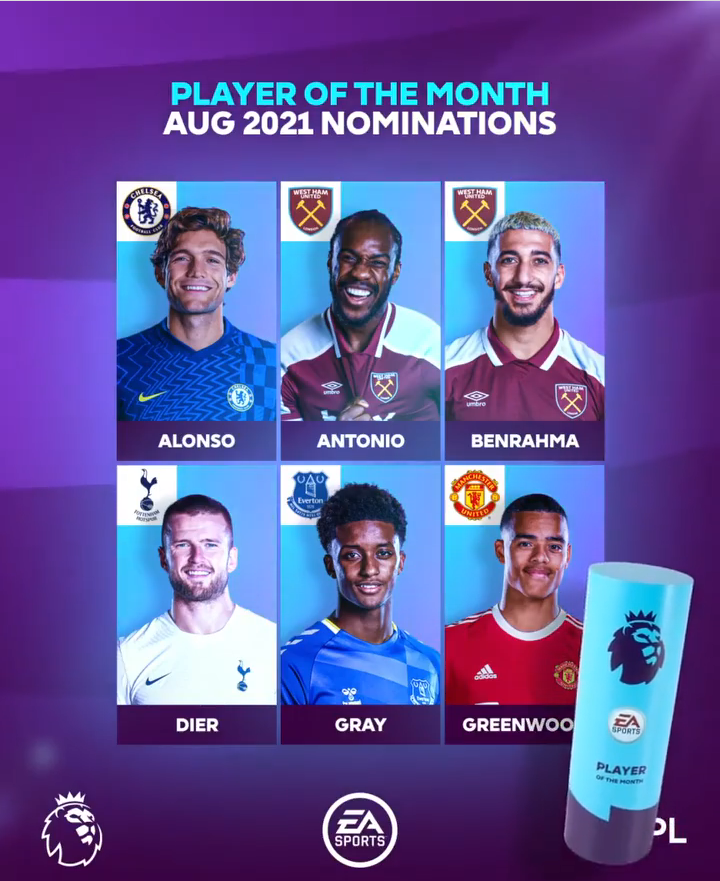 From the above list of players it was not difficult to predict the winner. 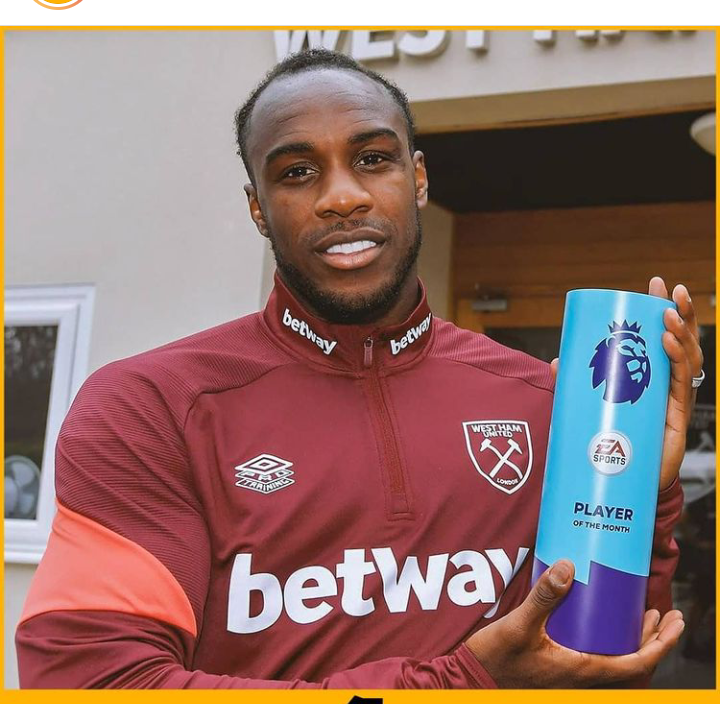 Michail Antonio of Westham has walked away with the award after chipping in 4 goals and 2 assists in three games he has been unstoppable.