Manchester city are on the brink of being crowned champions but they will preserve their energy bearing in mind that they have a more important match to play on Tuesday, and thats reason enough why we'll not take an early kick off risk, but I have compiled for you ten football tips you can count on, check them below here

Brighton are in the 17th position seven points off the relegation zone while Leeds are 9th, though last time Brighton won 1 to nil against Leeds, I think Leeds will carry the day having not lost six matches including against Chelsea, Man City, Liverpool & Man Utd, pick away win 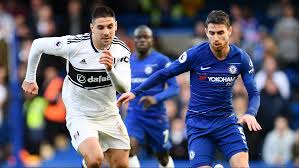 I think the miseries of Fulham will continue today as Chelsea will strive to cement their top four spot which is highly contested, Chelsea have won their three matches against Fulham, pick Home win

Alkmaar have won to nil all the three last meetings against their host, currently they are 3 points off the second team in the table, Pick away win to nil

Top of the table and 29 league games this season and no defeat is found in the CP record, on the contrary Ncional are rock bottom having won only 6 matches, pick home win

Elche vs A. Madrid

Madrid are top of the highly contested top with only less than five matches to go, four teams have a different of just 3 points, and losing today would be fatal, pick away win to nil

They say like lightening, good luck doesn't strike the same spot twice, this is after Osasuna humiliated Barcelona I don't think it will be the same feat against Madrid who will be pushing for the trophy, pick home win to nil

The host have 8 defeats in their last 10 matches while Bohemians have one defeat in 10 last matches, the last six meetings between these teams have seen all under 2.5 and only once in those six matches have seen both teams score, pick No goal & under 2.5

Wigan is fighting tooth and nail to avoid relegation while Hull must maintain their top position if they want to win the league and promotion, five last meetings has seen over 2.5 matches including wigan thumping Hull 8 -0 and Hull responded with a 5-0 win, pick over 2.5

five of the last six meetings here have seen over 2.5 and both team score, the host haven't lost a match in 10 games played so far pick over 2.5

these are my top predictions for today, I get my tips by deeply analysing team statistics based on current team form head to head results, injuries among other things, kindly like, comment follow and share so that you'll never miss my awesome predictions