By Ooliskia_Wapi (self meida writer) | 19 days 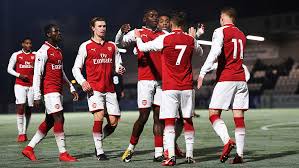 Arsenal cruised into the semi-finals of the UEFA Europa League for the second time in just three seasons last night, hammering Slavia Prague 4-0 in the second-leg of their quarter-final showdown

After the first-leg ended 1-1 at the Emirates Stadium last weekend, the tie was evenly poised ahead of last night's second-leg.

In total they have made just €14.2m (£12.3m) as it stands from Europe this season - putting them 34th in a table of prize money for clubs across the Champions League and Europa League, according to figures.

That is despite the Gunners having the best coefficient ranking of any team to have competed in the Europa League group stages this season, which meant they earned the largest share of an €84m (£73m) pool. But that still just amounted to €3.4m (£2.9m).

Mikel Arteta's side soon made up for that disappointment when Nicolas Pepe's neat, close-range finish gave them a deserved 18th-minute lead, which they soon doubled thanks to Alexandre Lacazette's penalty (21).

Three minutes later Arsenal were in dreamland when Bukayo Saka's low drive from the edge of the box made it 3-0, with their captain Lacazette grabbing his second of the night with 13 minutes to go to add the icing on the cake.

Manchester City's Results in all UCL League Matches This Season