By HelenMalkia (self media writer) | 29 days ago 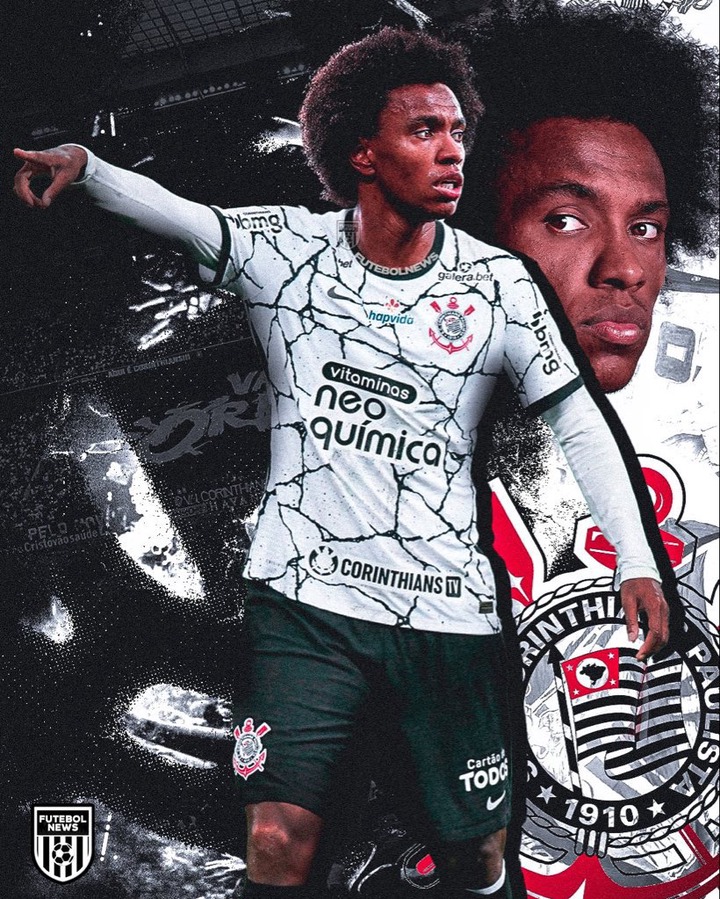 Willian Borges is now a Corinthians player after he completed a move to the Brazilians side from Arsenal according to Fabrizio Romano. Willian terminated his contract with the Gunners to ease his transfer.

The 33-year-old joined the Mikel Arteta led the side in the summer of 2020 after his contract with Chelsea came to an end. His first two games for the club was awesome but his form dipped later on and many fans deemed him a liability.

In a Twitter post by Skysports journalist Kaveh Solhekol, Willian had two more years in his contract but decided to forego the £240,000 salary he was earning per week and took a huge pay cut to complete the move.

“Incredible gesture by Willian. He is tearing up his Arsenal contract. Saving Arsenal £20m. He has two years left on £240,000 a week deal but instead of just sitting back and taking the money or asking for a payoff off, he is walking away to sign for Corinthians on 70% less wages,” the tweet read. 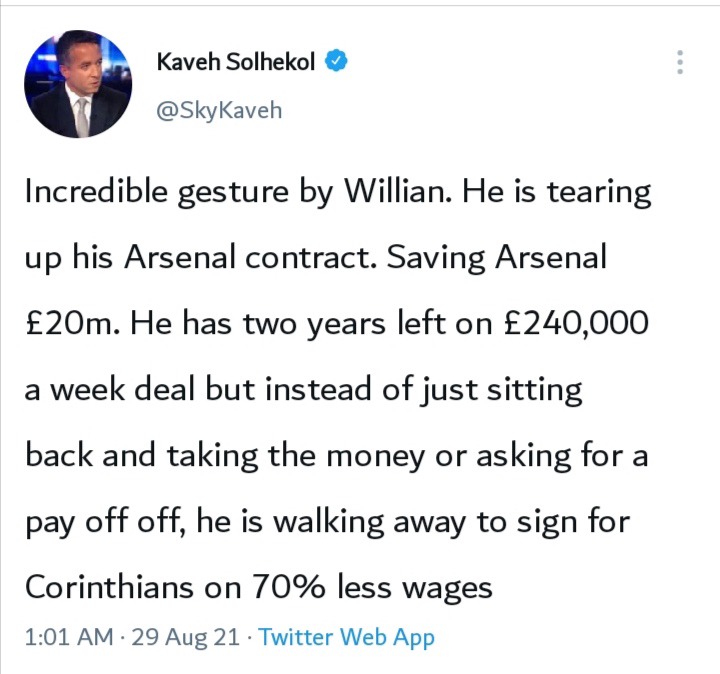 Some Gunner fans were elated by this move by the Brazilian international praising him for the selfless act he did to their club rather than staying put to rake in the huge amount while doing nothing substantive for Arsenal.

Here are some of their reactions: 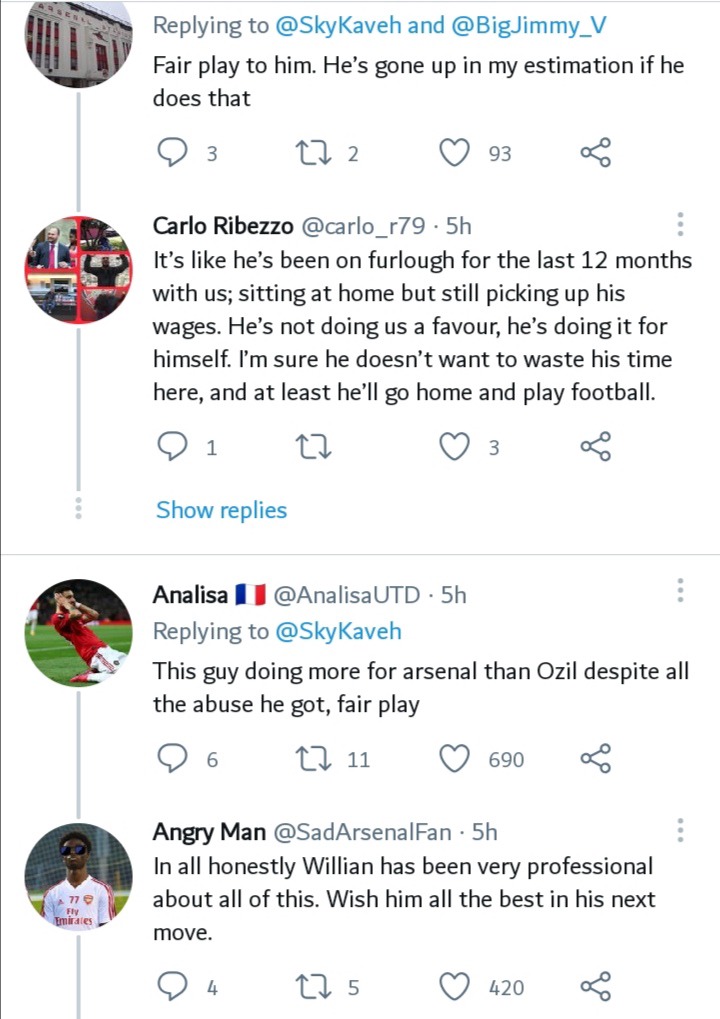