By EnoBlog (self media writer) | 14 days ago

This was Nick Mwendwa's first TV interview after Harambee Stars lost to Mali at home and away, 'killing' the hopes of qualifying for the Qatar 2022 FIFA World Cup.

Nick Mwendwa defended the federation for appointing coach Engin Firat for two months; saying that two former coaches who had been appointed on long term contracts had sued Kenya forcing the federation to part with millions in settling them. 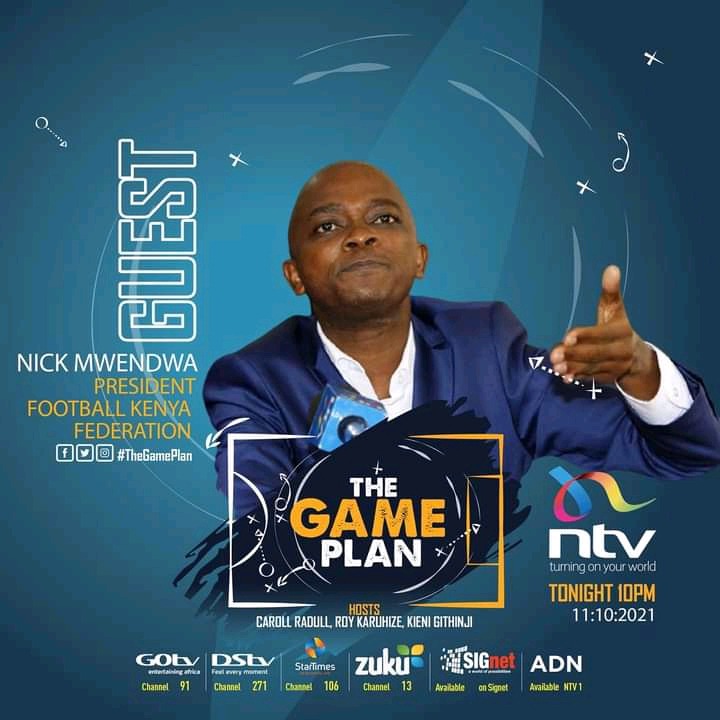 He also answered the question of whether coach Firat is a top coach and qualified for the role by stating that Firat is experienced since he played against top European nations like France and Denmark while at Moldova.

Mwendwa praised the national team for displaying 'better' performance in the return leg against Mali despite losing a number of chances.

On the question of what next after missing out on the chance of qualifying for Qatar World Cup, the FKF President said that he was focused on long term plans like training coaches and formation of soccer academies to nurture talent from the grassroots.