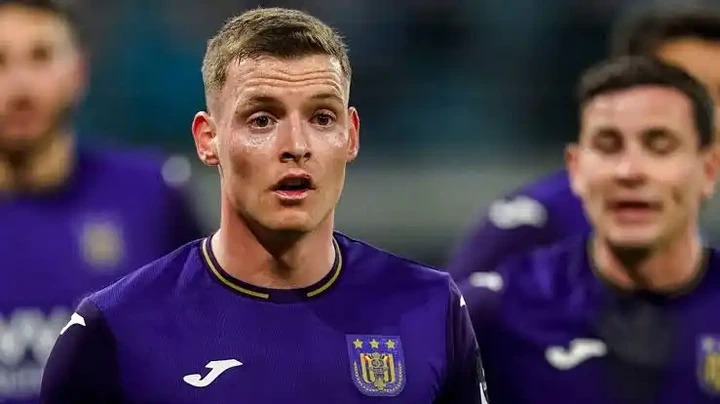 Man United is stepping up its pursuit of a Watford attacker who is valued at £29 million.

Ismaila Sarr, an attacker for Watford, is reportedly the target of interest from Manchester United, who are reportedly planning to make a bid of £29 million to acquire his services during the summer transfer window.

On the other hand, 90min also reported that the Senegalese international player is a player that Manchester United manager Erik ten Hag is interested in acquiring. Before the end of the transfer window, the Dutch manager at Old Trafford has an immediate and pressing need to strengthen his team's striking depth.

At this point, it's pretty obvious that Cristiano Ronaldo's future at Old Trafford is up in the air. While this is going on, Marcus Rashford's confidence is at an all-time low as he continues to have trouble getting into form and staying fit. On top of everything else, Anthony Martial is currently sidelined due to an injury.

If United are going to have a successful campaign in 2022/23 on all fronts, Ten Hag absolutely needs to bring in a top-class, versatile attacker – someone who can play anywhere along the front line – this season. We are of the opinion that Ismaila Sarr might be the most qualified candidate for the position.

The 24-year-old Watford forward is believed to be an option for Ten Hag during the summer transfer window, according to 90min. We are of the opinion that the Dutchman ought to put an end to this matter at the earliest opportunity. The Senegalese ace possesses genuine quality and a potentially terrifying amount of raw talent. According to our assessment, Sarr would be an excellent addition to United's roster.

In 94 games played for the Hornets, the 24-year-old forward has contributed 25 goals and 19 assists. In the just-completed season, he played in 22 Premier League games and finished with five goals and two assists. Ten Hag may have some cause for concern due to the fact that he has only tallied 10 goals and eight assists in a total of 50 Premier League games played by him. Despite this, he has a lot of potential to increase those figures.

The young man, who is 24 years old, possesses terrifying talent and explosive pace. He plays the game in a way that is quite direct, and the combination of that trait plus his speed would be a huge asset to Manchester United's system. Sarr is a winger who has so much to contribute at the very highest level of the game that he has been referred to as a "electric" winger by the highly regarded scouting website Breaking The Lines.

Because of his strength and speed, Sarr would present Erik ten Hag with a whole new option on either flank and all the way through the middle.

FootMercato reported not too long ago that Watford could sell Sarr this summer for around in the neighborhood of €35 million (about £29 million). That looks like a good value to us. And we think that Ismaila Sarr would be a tremendous success at Old Trafford if Ten Hag were to bring him to Manchester United this summer, where he would play for the club.

Gomez, who plays for Anderlecht, is getting closer to Man City.

According to a report from the Guardian, Manchester City are close to completing a transfer for Sergio Gomez, a defender currently playing for Anderlecht.

The Citizens have reached an agreement with the Belgian club to purchase the Spanish fullback for more than 10 million euros, and it is anticipated that a deal will be finalized in the near future

After failing to complete a deal for Marc Cucurella, who was transferred to Chelsea from Brighton & Hove Albion in a transaction worth £55 million, Gomez emerged as a top alternative option for the Premier League champions.

Since Oleksandr Zincheko's departure to Arsenal, Pep Guardiola has been very eager to strengthen his team's roster with the addition of a new left back.

In spite of the fact that City had planned all along to lend Gomez to Girona, the club has now made the decision to keep him in order to bolster their left-back options.

After graduating from Barcelona's youth program, the 21-year-old player went on to have less-than-stellar stints with Borussia Dortmund and Huesca before reviving his career with Anderlecht.

His performance in the Belgian top division the previous year was noteworthy. He finished with six goals and 11 assists, and he was instrumental in his team's third-place finish in the standings

At the Etihad Stadium, Gomez has the potential to either play a supporting role to Joao Cancelo or to present the Portuguese full-back with competition.

After securing the services of Erling Braut Haaland, Julian Alvarez, and Kalvin Phillips, City is currently in the process of signing Gomez to a contract with the club.

The team managed by Guardiola got off to a strong start in the 2022–2023 Premier League season by defeating West Ham United by a score of 2-0. The two goals that Haaland scored in his first game in the league were a sensational way for him to make his debut.