Ole Gunnar Solskjaer and his Manchester United coaching staff have the best goalkeeping options compared to the other English Premier league clubs.

David De Gea, Dean Henderson, new boy Dean Henderson, Lee Grant and the top young goalkeepers are competing for the number one spot which has always been for De Gea for over a decade.

Dean Henderson was touted to be the first choice keeper for Ole Gunnar Solskjaer getting to the 2021/2022 season ahead of David De Gea, but his illness and injuries might change the whole situation. 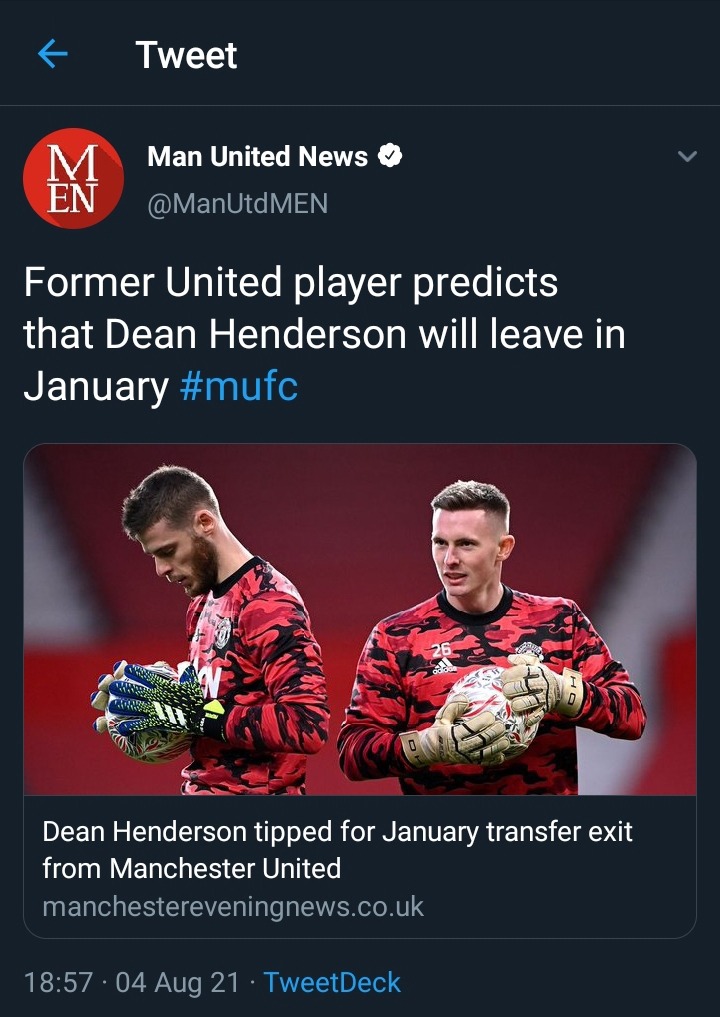 He was recently pulled out of the squad because of fatigue he got after being diagnosed with Covid-19 after the Euro 2020 with his international team England.

This means that David De Gea will be Ole Gunnar Solskjaer's first option goalkeeper ahead of the Englishman which has been termed as a disaster for Henderson.

According to former Manchester United midfielder Luke Chadwick, Dean Henderson might seek for a way out of Old Trafford as Tom Heaton will step up in the number two position as well as fight for the number one role. 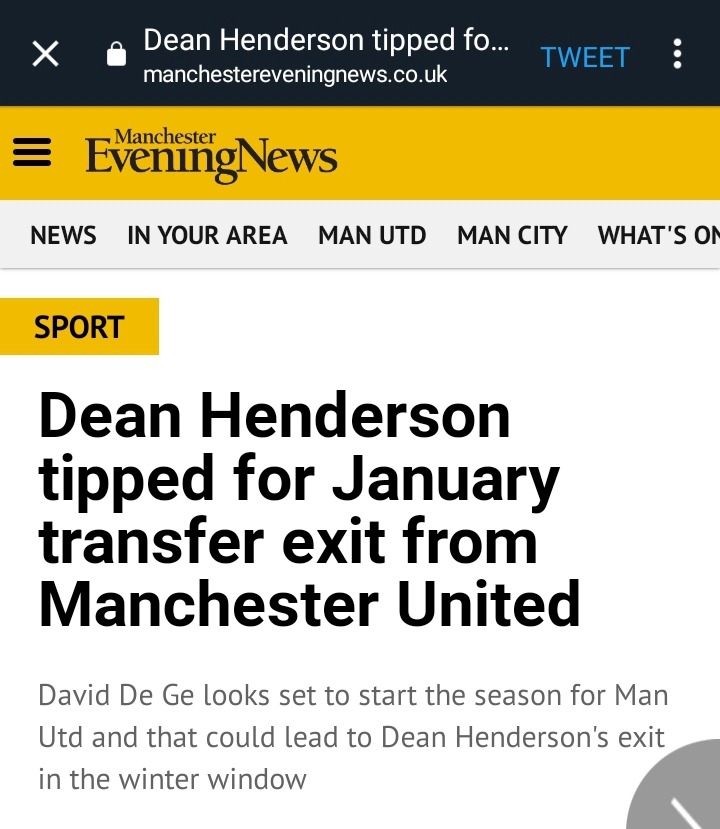 Speaking on TalkSport podcast, Chadwick stated: "It’s his place to lose really, if he can put in the kind of fantastic performances that he has in the past, then I think it might be Henderson who moves on in January.

You’d expect Tom Heaton is coming in as the number two, so if there are two top ‘keepers pushing for the number one spot, in my experience it usually means one of them will move on."

This is an interesting development which Manchester United fans will be following up on because Dean Henderson wants to be United number one, but faces competition from the other keepers.