What You Need To Know About 2022/23 English Premier League; Some Surprising New Features

By Media🔎Scan (self media writer) | 2 months ago

With the start of a new Premier League season just around the corner, there will be a plethora of new things to look out for—and not just new players, kits, and teams. 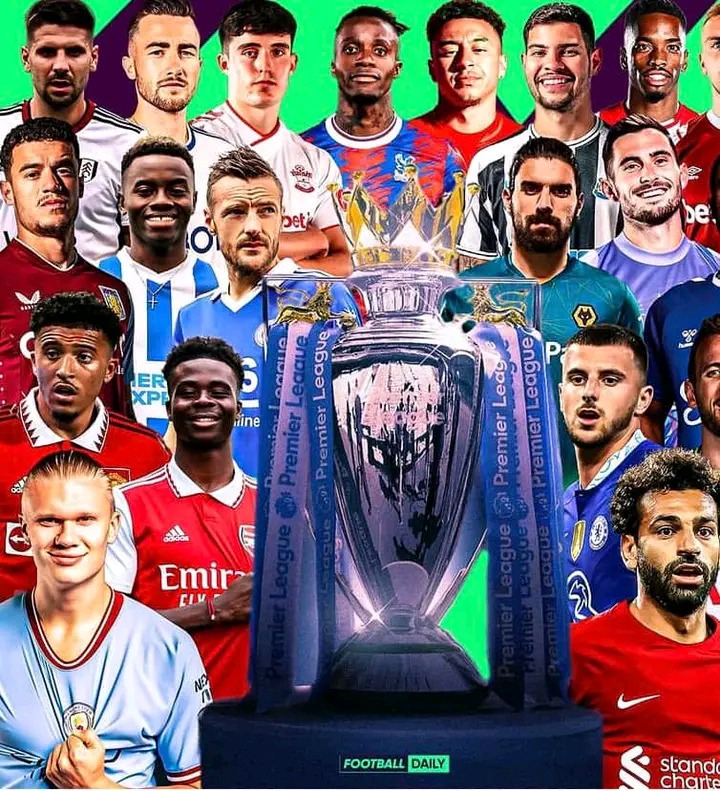 Along with newcomers to the division such as Fabio Vieira, Matt Turner, and Marquinhos, as well as promoted sides like Fulham, Bournemouth, and Nottingham Forest, there are a few other things to look out for this weekend.

Get up to speed on all the changes before the big event:

From the start of this campaign, the maximum allowable changes in a match will be increased to five.

However, substitutions will be permitted three times during one match, with an additional opportunity at half-time.

Another thing to keep an eye out for is that nine substitutes, up from seven last season, can be named on the teamsheet.

After Mike Dean, Jonathan Moss, and Martin Atkinson retired, Tom Bramall has been elevated from the EFL to be the man in the middle for Premier League matches.

There will also be some new faces on the Emirates Stadium sidelines this season, with Natalie Aspinall, Nick Greenhalgh, and Steve Meredith joining the pool of assistant referees.

The penalty for goalkeepers has been changed to: "When the ball is kicked, the defending goalkeeper must have at least part of one foot touching, in line with, or behind, the goalline."

Previously, the goalkeeper had to have at least one foot on or above the goalline at the time of a penalty.

As a matter of fact, if the goalie had one foot in front of and one behind the goalline, it was technically an offence even if no unfair advantage was gained.

The International Football Association Board (IFAB), football's governing body, has clarified the offside rule, clarifying what constitutes defending players "deliberately playing" the ball and emphasising that an attacking player who is offside will not automatically become onside if a defender touches the ball, unless it was a save.

"If the player in control of the ball's pass, attempt to gain possession, or clearance is inaccurate or unsuccessful, this does not negate the fact that the player 'deliberately played' the ball."

Following consultation with their squad mates, Premier League club captains have made the decision to take the knee at specific points during the upcoming season to emphasise that racism has no place in football or society.

Players will take a knee during the season's first and last games, as well as devoted No Room for Racism match rounds in October and March, Boxing Day, and the FA Cup and EFL Cup finals.

A multiball system will be employed in an attempt to reduce time wasting and extend the time the ball is in play. There will be ten match balls used; one on the field of play, one with the fourth official, and eight placed on cones all around the pitch next to a ball assistant.

This change should result in the ball being returned to play faster, and referees have been advised to keep a close eye on this and issue yellow cards if absolutely required, or revert back to the one-ball system if they believe the home team is abusing the multi-ball system.

Premier League 2 will be transformed into an Under-21 competition beginning this season.

The age limit, which was previously set at under 23, has been established to better align with the EFL Trophy and international tournaments.

In order to transition from the Under-23 format, Mehmet Ali will be allowed to utilise five (initially three) over-age outfield players and one over-age goalkeeper.

Content created and supplied by: Media🔎Scan (via Opera News )

Azimio Politician Eats Humble Pie, Reveals Why It Is Over For The Party

Ledama Olekina Remarks About Majority In The Parliament

The Current Leadership Structure Of The Parliament After Wetang'ula Made His Ruling.