The English Premier League returned this weekend after an international break last week. On Saturday, Chelsea welcomed Southampton at Stamford Bridge for a historical match. Chelsea drew 3:3 with the saints.

Despite the draw, Chelsea's Germany internationals Kai Havertz and Timo Warner impressed in the game. With 15 minutes after the kickoff, Timo Warner had alread put Chelsea ahead with a brilliant strike. Timo scored the sessational Goa after battling with 4 defenders in the box.

At 29th minute, Jorginho dropped a long pass which found 'Turbo Timo' in place. The striker made a great tackle, ran as fast as Southampton defender and goalie to score. 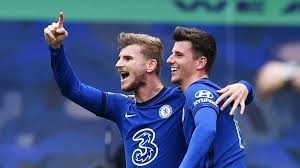 In the second half when The Saints had just equalised everything, Timo got a nice ball from Christian Pulisic, he passed it to Kai Havertz who mads it 3:2. Hakim Ziyech also made hi debut for Chelsea in the premier League match. Though he didn't have that match time in the field, he really impressed the head coach with his tactics. 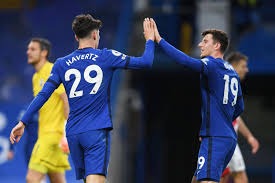 Content created and supplied by: Mnews_World (via Opera News )

Chelsea Hakim Ziyech Kai Havertz Premier League Timo Warner
Opera News is a free to use platform and the views and opinions expressed herein are solely those of the author and do not represent, reflect or express the views of Opera News. Any/all written content and images displayed are provided by the blogger/author, appear herein as submitted by the blogger/author and are unedited by Opera News. Opera News does not consent to nor does it condone the posting of any content that violates the rights (including the copyrights) of any third party, nor content that may malign, inter alia, any religion, ethnic group, organization, gender, company, or individual. Opera News furthermore does not condone the use of our platform for the purposes encouraging/endorsing hate speech, violation of human rights and/or utterances of a defamatory nature. If the content contained herein violates any of your rights, including those of copyright, and/or violates any the above mentioned factors, you are requested to immediately notify us using via the following email address operanews-external(at)opera.com and/or report the article using the available reporting functionality built into our Platform