By Manviq (self media writer) | 3 months ago

Michael Ballack is a German former professional footballer. He is among the top goal scorers top in the history of the German national team. Ballack wore the number 13 shirt for every team he has played for, except from 1.FC Kaiserslautern. According to the England Sky sports news today morning, Ballack has identify one being who should be thanked by Chelsea. 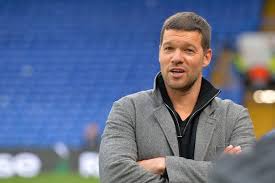 According to the England Sky sports news, Michael Ballack reveal the reason as to why Chelsea should thank Peter Cech pointing out that he is the main person who lured Eduard Mendy to sign for Chelsea last season. Peter Cech was the one who convinced Mendy to complete his permanent move away from Rennes.

"Chelsea's gratitudes should go to Peter Cech for playing a crucial role in ensuring Mendy's success at Stamford Bridge. Peter is the one who identified Mendy for Chelsea" says Michael Ballack according to the England Sky sports news today morning. 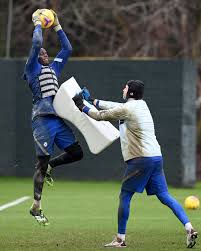 In addition to that, Peter Cech didn't left Mendy alone after signing for Chelsea but instead he followed him to the training ground and helped him adapt to the premier league side. According to the Chelsea insiders, it's revealed that Cech hasn't stop training Mendy even up to now.

"Infact up to know Mendy has been always training with Peter. He has helped him to mutate to premier league playing style" says Michael Ballack according to the England Eurosport news today morning. 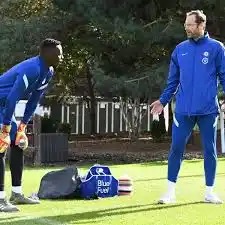 Through Peter Cech, Mendy has become the best Goalkeeper in the premier league side and in Africa at large having won both the UEFA title and the Super Cup. Concerning the above illustrations, Chelsea should really express their gratitude to Cech because he has played a crucial role in ensuring Chelsea success.