By TheDailyScoop.com (self meida writer) | 13 days ago 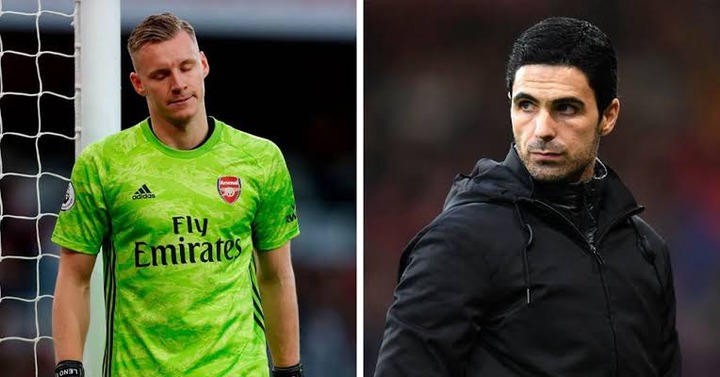 Mikel Arteta is trying to change the fortunes of Arsenal after a torrid start to the new season which started on a very low note.

The Gunners begun the new 2021/2022 English Premier league with three losses only to get a one nil win against Norwich City.

Mikel Arteta might have found his best squad after the narrow Norwich City win at the Emirates Stadium.

According to reliable sources close to Arsenal, Mikel Arteta has reportedly made the decision of who will be his first choice goalkeeper between Aaron Ramsdale and Bernd Leno. 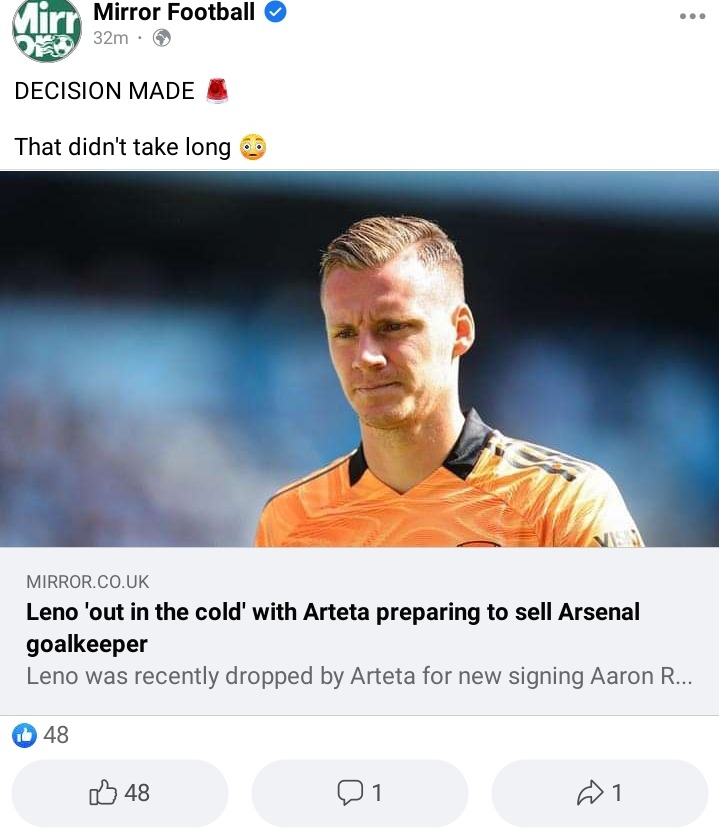 The reports state that Mikel Arteta might decide to go with Aaron Ramsdale who has two cleans already in his two games since he completed his move.

Bernd Leno has already shipped in 9 goals from the three games Arsenal played this season, a record that is not impressive.

Arteta praised the young keeper as he stated: "I think he was terrific. It's not only what he did on the technical side, it is what he transmits, his energy, his chemistry with the backline, how he reacts, his body language. I think it was top."

This is a clear indication that Leno's time at the Emirates Stadium is over.