By SportsDen (self media writer) | 7 months ago 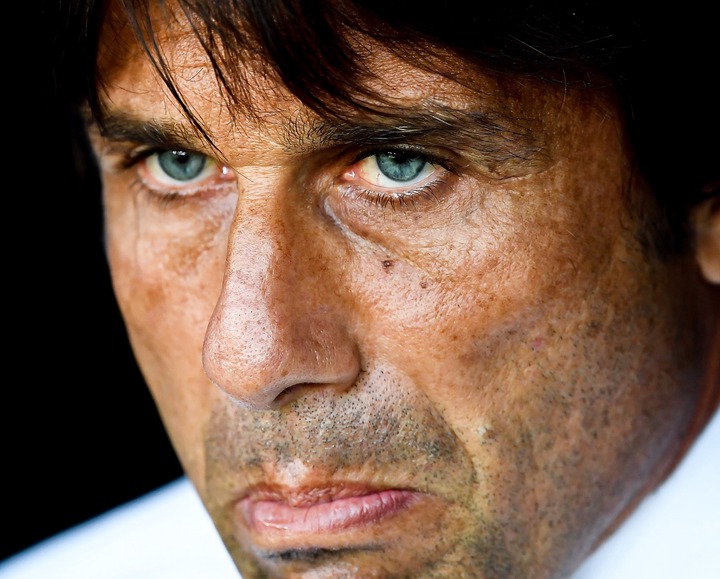 According to reports by Italian Sports journalist Angelo Mangiante, Conte who had already landed in England yesterday evening has now come into a common agreement with the Tottenham board.

This follows the untimely sacking of now the club's former manager Nuno Espirito Santos who had found it very hard to deliver success or make some improvement in the club after taking it from José Mourinho.

The deal has already been completed with a contract agreed on up to 2023 with additional options upon some improvements and success during his time with the club. 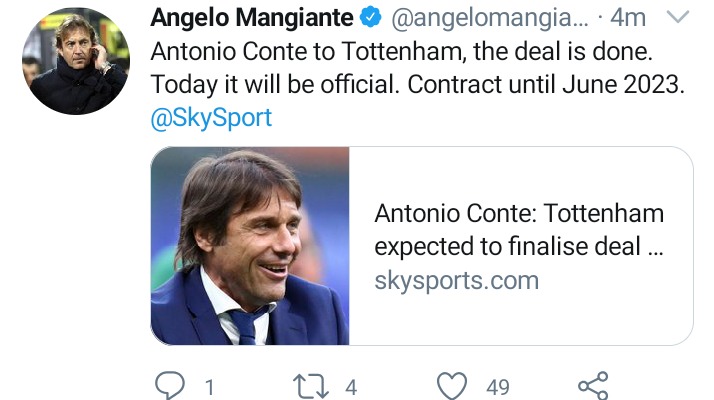 Before this, Antonio Conte was most expected to replace Manchester United manager Ole Gunnar Solskjaer especially after having experienced a humiliating defeat by Liverpool.

But since the board had stayed much reluctant in the sacking of the club's legend, his hopes started to fade away and now had to accept the deal with Tottenham after Ole Gunnar transferred the humiliation he got from Klopp to Nuno Espirito by beating Tottenham three goals to nil.