Leicester city will be hoping to return to its winning form after two losses and a win from its last three matches. This will require them to win this game although it won't be that easy. Crystal Place have had rather a fair season and has proven not to be an easy team to defeat. However, Leicester will be hoping to use home advantage to grab the three points on this derby. Leicester wants to finish among the top three best English teams and will need this win to keep on holding it current position on the table. This will be a very interesting match to watch and Crystal Palace should watch out for the twenty four year old, Nigerian national, Kelechi Iheanacho. 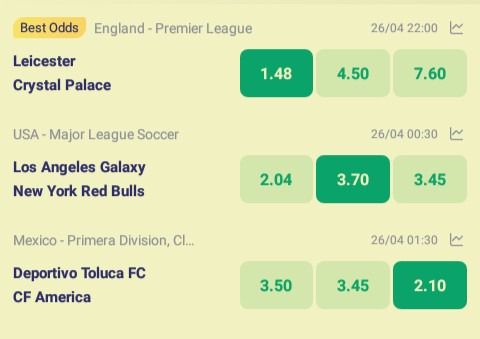 Fc porto is a very strong team that often qualifies for Champions league. Currently,Porto is second,six points behind Sporting CP. This alone gives Porto a 99% chance of winning this game against Moreirense. FC Porto will be looking forward to closing the gab between them and sporting CP and this will require them to grab the three points. Last three games when both team met,Porto won all matches with more than two goal which shows that,more than two goal maybe scored by porto despite it being away.

ZAMALEK VS NATIONAL BANK OF EGYPT.

Zamalek Are consider the giants of the land of Pharaoh. This teams is one of the strongest teams in Egypt not forgetting the likes of Al Ahly. Zamalek will be hoping to win this match for them to keep on adding to its tally. Although Zamalek is on top of the table with 36 points, they still to have to get more points since Al Ahly who are second have 33 point,have with 2 games not played yet. This means that if Al Ahly was to win the two games they will have 39 points hence be on top of the table. This will be a must win for Zamalek against the newbies Bank of Egypt. 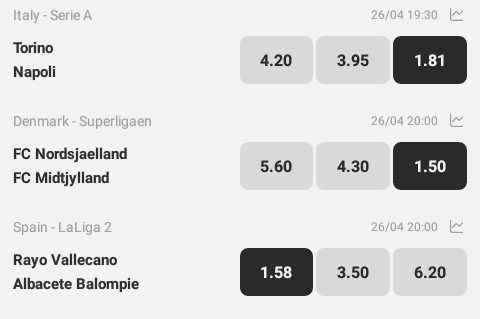 Napoli will be hoping to continue adding to its tally after having remarkable results recently. Napoli has only conceded defeat from Juventus lately and winning the rest of its latest matches. Although during its past meeting with Torino there have been Goal less draws, this match may have different results. Napoli have had a good game lately and may defy the odds and winning this match. This is because it will need a win so as to climb to the forth position on the table. However, beating Torino won't be easy but Napoli should be positive and if they play their game well, they'll definitely carry the day.

If you had a D Plus in Mathematics and a C- in Biology, This is the Medical Course you can Take

Get 50/1 For Leicester To Win The FA Cup