Borrussia Dortmund Walk Away From Erling Halaand transfer To Chelsea

By CrazylassSports (self meida writer) | 4 days

Chelsea are among the clubs planning for next season with selling and buying new players. They hugely need a striker who is proven to hand them a title win hopes. The Blues director Marina is silently shortlisting a sharp squad name. Tuchel has clearly handed the the needs for the new season. 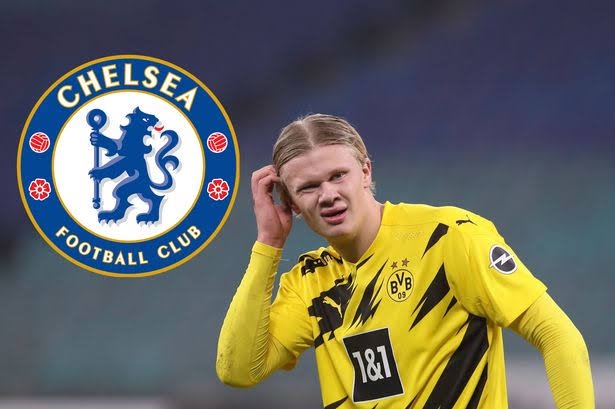 The Blues have been in the pursuit of Erling Halaand signature for a while now. The upcoming iconic goalscorer has attracted interest from most clubs but Chelsea want to sign him. The Bundesliga side released a tight demand for him to join the Champions League winners. The Club wants a whooping €175 million which they consider as a crazy deal. Chelsea on the other hand feel like they can get him for a cheaper price than the stated.

According to Christian Folk, Dortmund have now turned away from entertaining any bid. They have decided to keep Halaand for one more season before the release clause on him become active. The player is not going to force any move with the club that nurtured his talents. He is open to the idea of staying until next season. Chelsea will be facing stiff competition for the signing of Halaand next season when other clubs will be financially stable.

Two Chelsea Players that Can Replace Christian Next Season (Opinion)

Big News Making Headlines in Kenya on Friday Including Sports