Five(5) Classic GG and Over 2.5 Picks To Place on and Earn Cash

Inter pulled off another solid defensive performance in midweek against Sassuolo and are now 11 points clear of AC Milan.

Cagliari suffered their third consecutive league defeat last weekend against Verona.Inter are clear favourites to win this game and should benefit from the return of key starters like Brozovic and Bastoni. 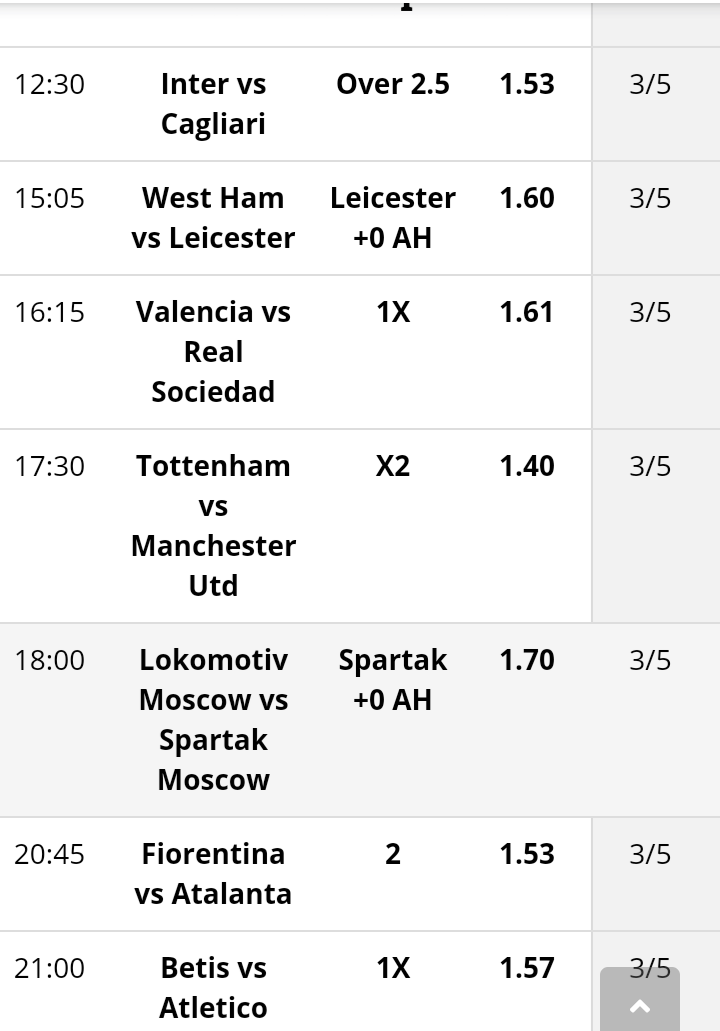 Juventus underwhelmed against Napoli in midweek but got the three points. Juventus are 12 points off first place and need a dramatic collapse from Inter to claw back the deficit.

Genoa held Fiorentina to a 1-1 draw last weekend but will probably be disappointed not to have got more as the Viola played 40 minutes with a man less.

RKC Waalwijk go into Sunday's game with just one win across their last five league outings and three defeats in that time. They head into the weekend only four points above the relegation zone as a result, though they have at least won three of their last four at home.

Ajax are edging closer to their 35th league title thanks to a run of 13 wins from their last 16 matches. They need eight points, assuming PSV and AZ win their remaining matches, with seven games to go to wrap up the title.

The Amsterdammers have the league's best away record having won 11 of their 14 matches on the road, with 42 goals scored and only eight conceded. They will be tired and low on morale from Thursday's defeat to Roma but remain favourites for three points here.

"They Were Handcuffed and Thrown Into The River," Families Cry Out as they Accuse Police Of Murder

Top Ten(10) Sure Matches To Place on Today

Sunday's Must-Win Matches To Rely On

Every Human Is Responsible For His Or Her Own Decisions