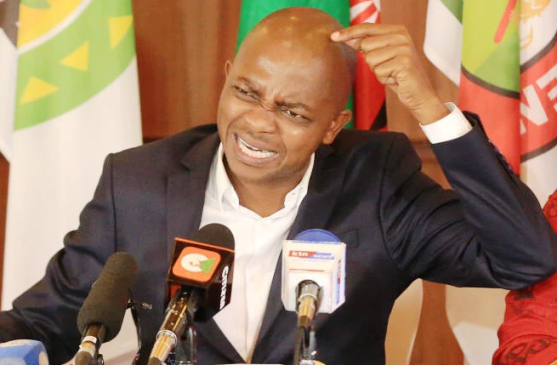 This comes a day after Mwendwa refused to take plea citing violation of his rights by the Director of Public Prosecutions (DPP). Mwendwa was charged on four counts of fraud, all of which he denied.

The FKF boss was on Monday arraigned before the Milimani Anti-Corruption court, after spending his weekend behind bars. He got arrested last Friday, one day after the court had cleared him of any charges and ordered his file closed.

Declaring the file closed on Thursday last week, the court also ordered Mwendwa to be refunded Ksh4 million he had deposited as bail to secure his release owing to his first arrest.

Mwendwa is accused of having overeseen a misappropriation of public funds amounting to over Ksh0.5 billion, when he led FKF which has since been disbanded and all its officials suspended.

Details Revealing What Caused the Death of Isaac Juma Onyango.

Ruto Heartbroken And Mourns After Getting Reports Of Issac Juma's Murder