Every year some young talent are explored as different clubs promote their young stars. In Euro 2020 many teenagers were given opportunity to represent their countries for this one month competition. Below are just 11 players which have showed impressive game for last group stages matches; 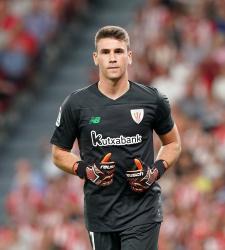 21 year old Dutch professional footballer is playing for Eredivisie club AZ Alkamaar as a left back, the defender is expected to shin in Euro 20.

He is among the best youngest defenders known for his ball clearing tactics. The defender is playing for Dynamo Kyiv and representing his country Ukraine in Euro competition this year.

Williams is a Liverpool right back defender but since Alexander Arnold has shine for long the defender is not well known. Neco Williams is playing for Wales national team and his expected to shin in this competition.

Pedri is Barcelona midfielder who has showed nice game for the last games while playing for Laliga club. Pedri was selected in Spain Euro squad, the midfielder has played all games for Spain team since he was selected.

Bellingham is one of the players targeted by most European clubs due to his impressive performance at Borussia Dortmund. The teenager becomes among the best midfielders thus getting ticket to play for his national team England. Elmas is one of the key midfielders for seria A club Napoli, since he was promoted from under 17 team. Elmas is involved in Northern Mercadonia squad Playing in Euro 2020.

Ryan is playing for Ajax as an holding midfielder, the player is also playing in Euro 20 representing Netherlands.

Foden won the best young player of the year title after showing impressive performance. English midfielder was promoted to play in Epl in 2019 where the player shocked the world on how he played.

Zlatan Ibrahimovic was not involved in Sweden Euro 20 squad because of injury. Isak was selected to LEDs the attacking of the team.

Lukaku is all time best striker from Belgium, Inter Milano striker in Euro 20 has high competition from a teenager Jeremy Doku who is playing for Club Rennes.

Today's Carefully Predicted Betslip With Classic Odds And Over 2.5 Goals