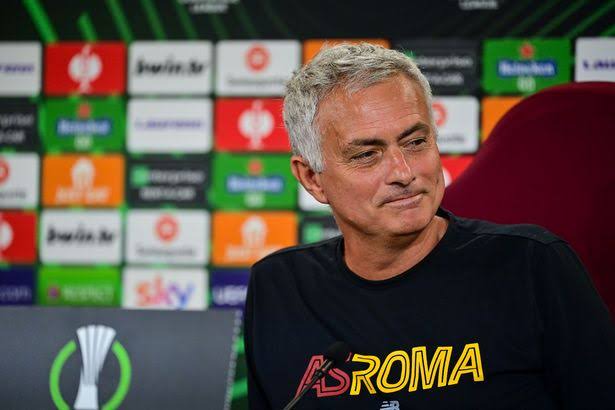 AS Roma have been crowned the UEFA Conference league winners after emerging victorious against Feyenood during the final March which was played at the National Arena in Tirana kicking off at 22:00 hours. The Italian giants are now the latest team from their country to win a major European competition as Inter Milan lastly won it in 2010. 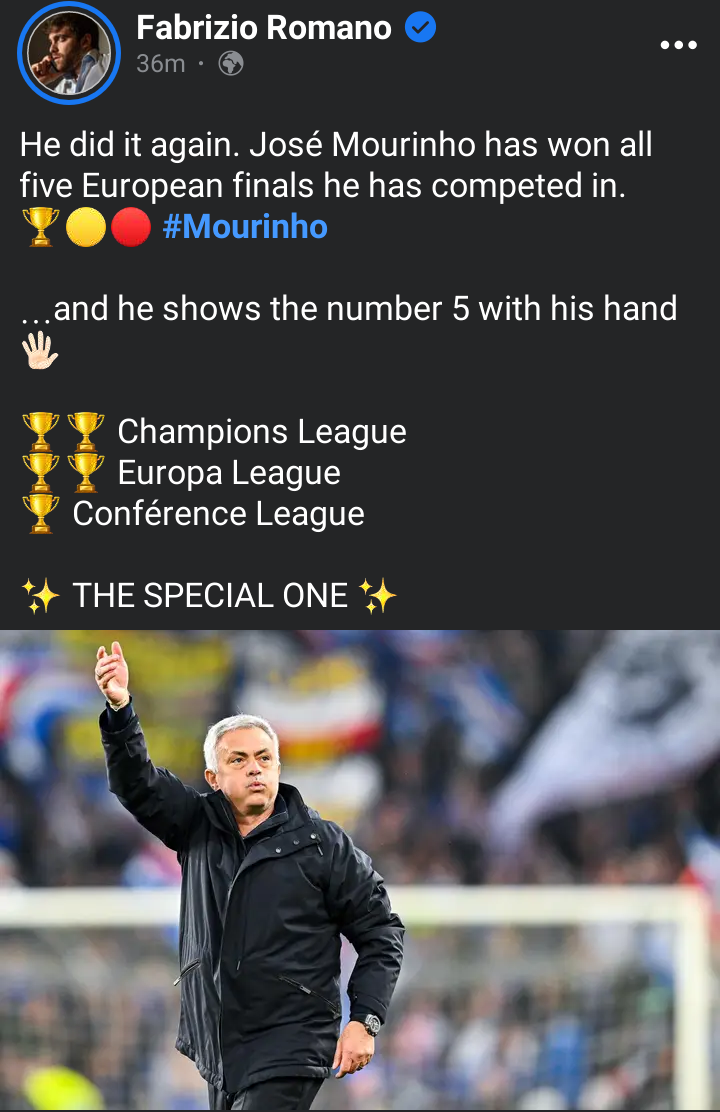 Nicolo Zaniolo’s 32nd minute strike gave Jose Mourinho’s side an early lead and became the only goal of the day which determined a lot the final outcome. 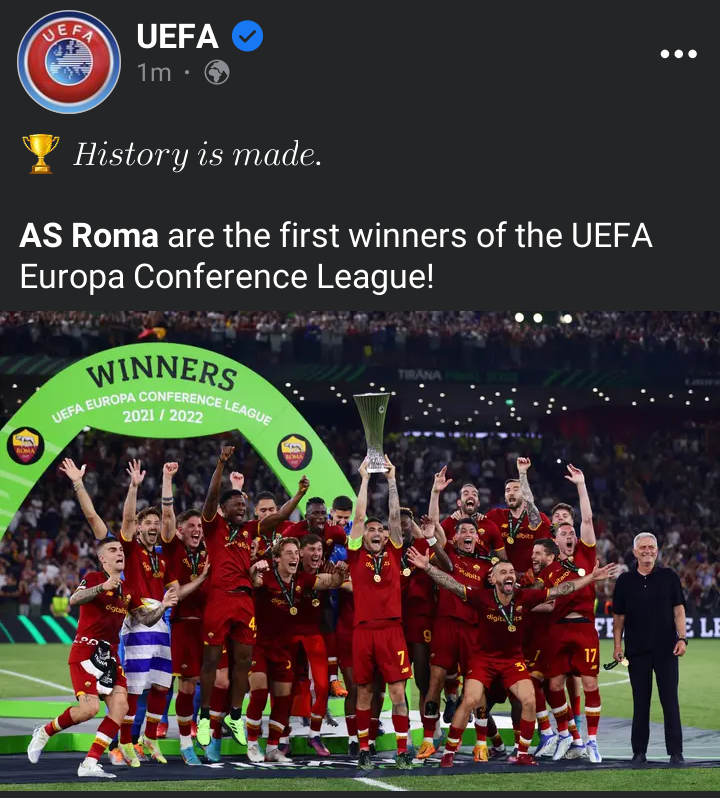 This achievement therefore saw the football governing body in the entire Europe react as they applauded him for the good job done. “History is made, AS Roma are the first winners of the UEFA Europa Conference League!” they reacted.

Sports enthusiastic journalist Fabrizio Romano and the Goal have reacted for the special one’s achievement. 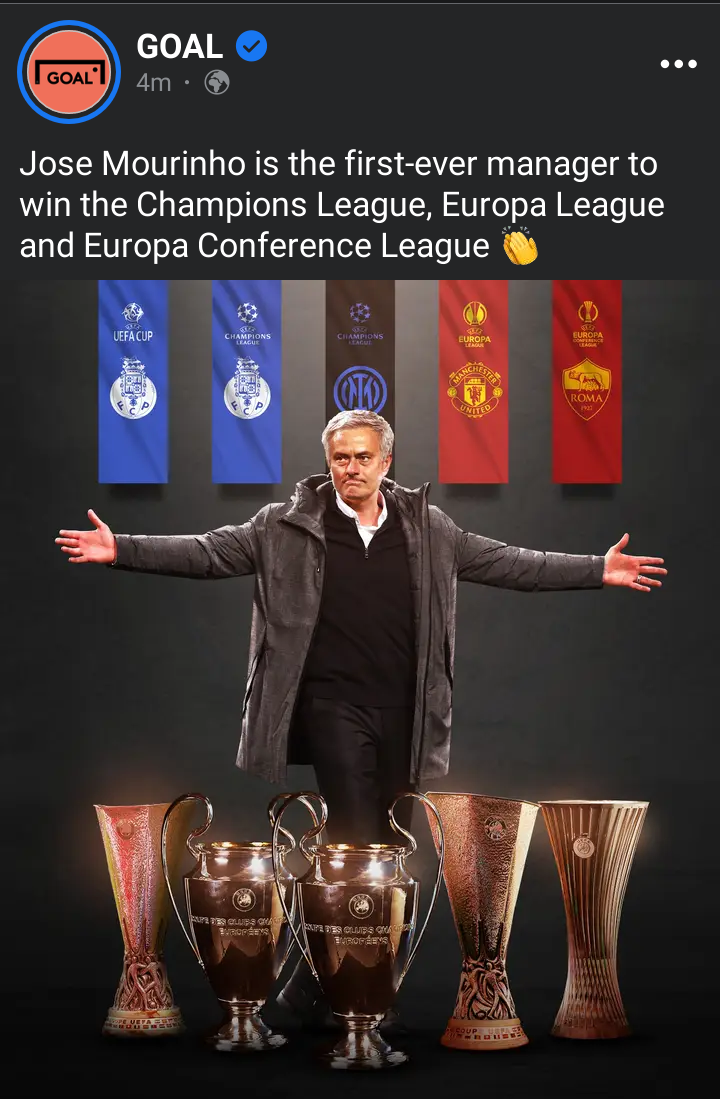 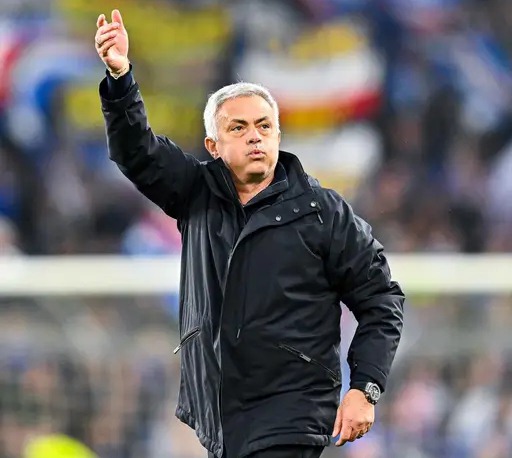