Yesterday was a bad fortune for the Portugal side after being knocked out by Belgium side. In spite of the good display, they were unable to equalize the goal scored by Thorgan Hazard. Thanks to the Borussia Dortmund forward after scoring such a wonderful screamer.

The topic of discussion after the match was Manchester United midfielder, Bruno Fernandez. He produced a horrendous display, even after being substituted in for Liverpool forward, Diego Jota. He only made one attempt on target although having some couple of open chances to score. 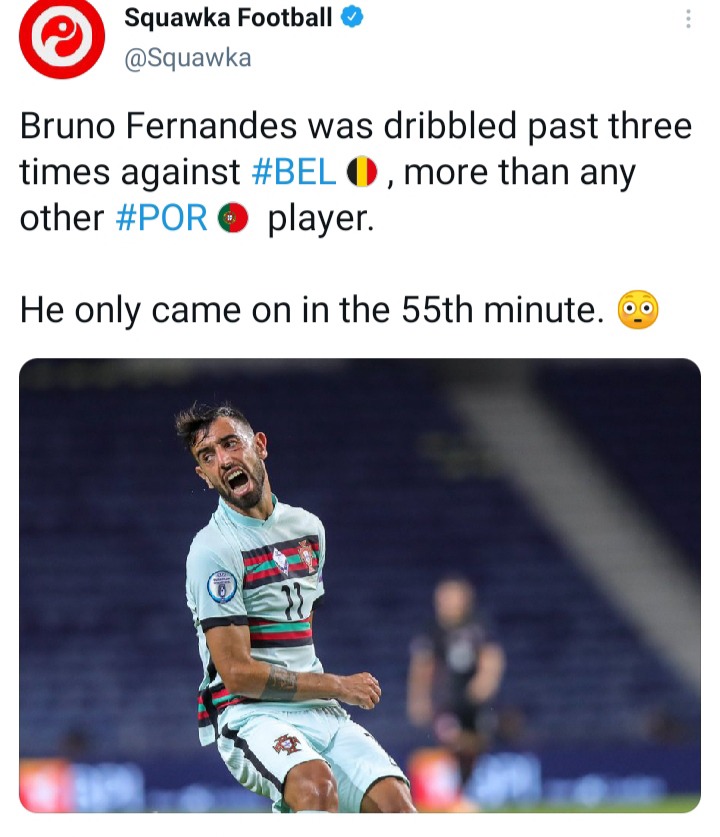 Additionally, although he was substituted in the 55th minute, Bruno Fernandez was dribbled past three times against Belgium. This was more than any other Portugal player on the pitch. 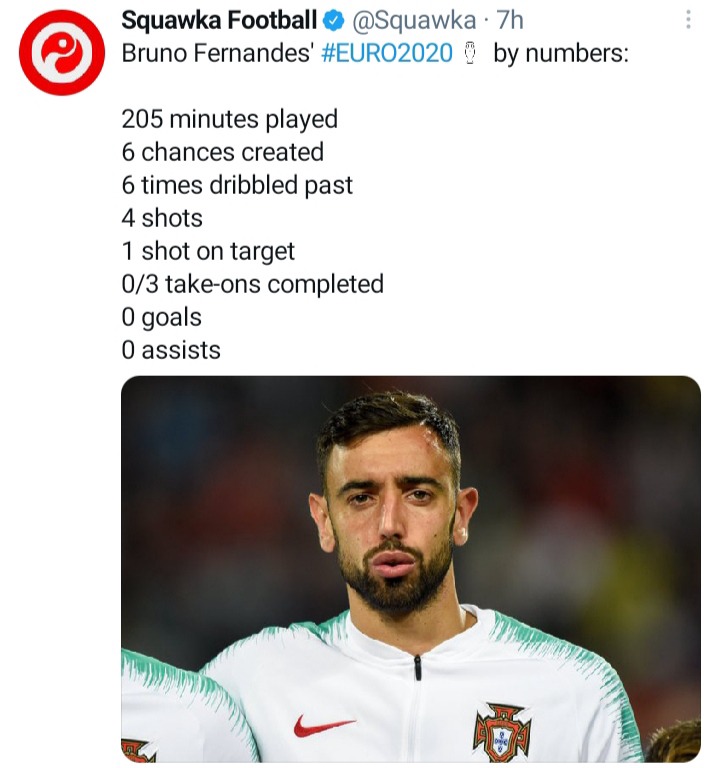 Through the entire EURO 2020, Bruno Fernandez was only given 205 minutes to play. He was able to create six chances and had five shots, one on target.He did not contribute any assist or goal for his Portugal side. Additionally, he was dribbled past six times.This has raised so many discussions after such a horrendous start despite enjoying his span at Manchester United, scoring many goals and also created many chances.

Despite the loss to Portugal, Roy Keane raised praise to the young Portuguese forward, Joao Felix. Even though he was given a little time to play, he produced a classical performance and fans rebuked the act for keeping the Atlético Madrid forward on the bench.

Comparing starts with Chelsea forward, Kai Havertz, more fans concluded that he is more far than Bruno Fernandez, despite his young age. Statistically, it is true because Kai Havertz have been able to bag two goals for his German side.Bruno had nothing only to create some good chances but his fellow teammates failed to convert.

Above: Bruno Fernandez starts for Portugal.

You can also follow me for more sporting news by tapping at the follow tab at the top.