Chelsea have agreed £26 Million fee with Premier League rivals Westham United For Kurt Zouma according to the Sun Football reports. Both clubs have struck a verbal agreement for the French Star but the personal terms are an issue. Kurt Zouma want a significant salary increase to about £125K-a-week which Westham view as 'crazy wage demands'. Zouma joined Chelsea in 2014 from Saint Etiene where he has made 151 appearances in all competitions for the Blues & scored 10 goals. Kurt Zouma has won the Premier League title twice with Chelsea, League Cup, UEFA Champions League & UEFA Super Cup 2021. 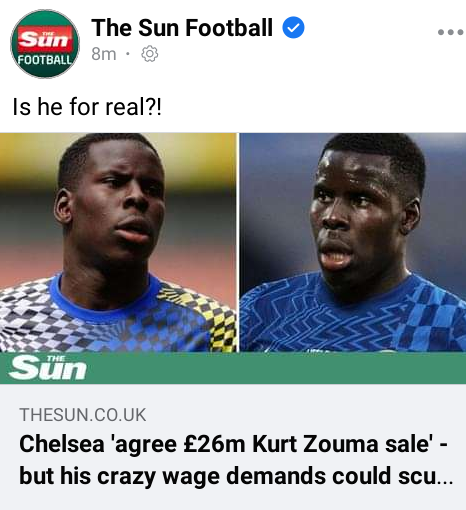 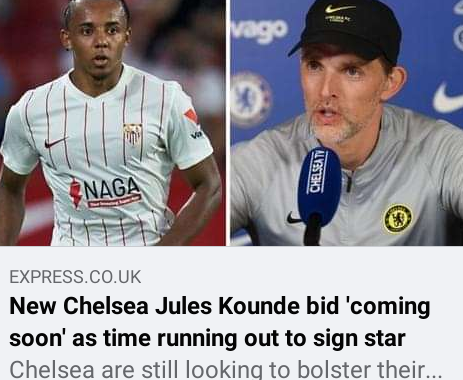 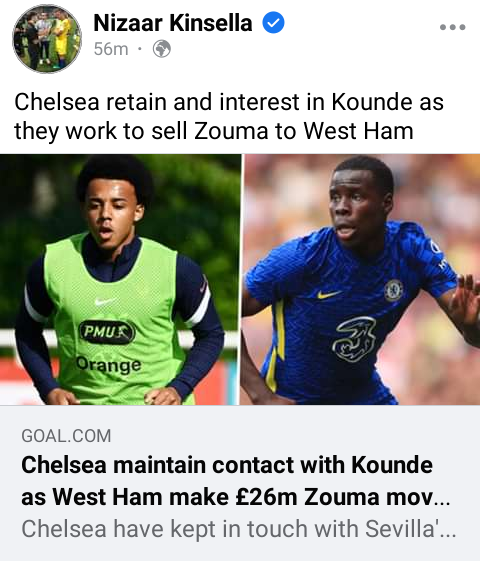 The Blues reatain an intrest in Jules Kounde as they work to sell Kurt Zouma & other 4 flops to create space & raise funds to complete the deal. Chelsea have contacted Kounde Agent & reportedly informed him that they will make an official improved bid this week before time lapses. Sevilla are holding out to a €68 Million valuation which Chelsea are confident to match inorder to complete the deal. DP Ruto Sends a Stern Warning To Raila, As He Reveals The Number Of ODM MPs Who Have Joined UDA (VID