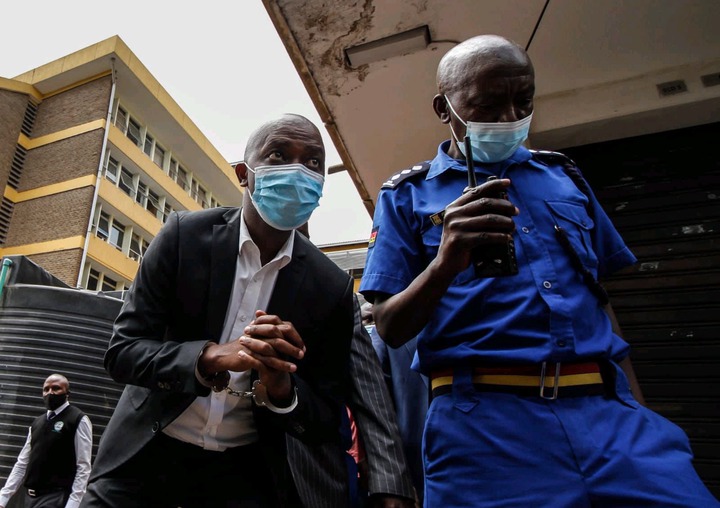 For the past few days, Football Kenya Federation president Nick Mwendwa has been featuring in all media houses after his scandal. He has been moving in and out of police custody and yesterday he was released after he had been arrested and denied probation. 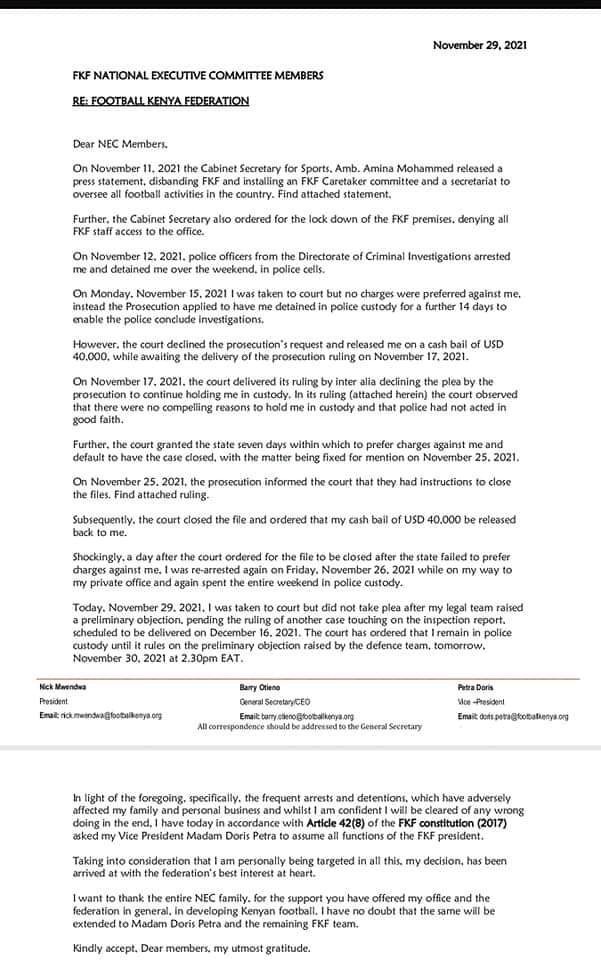 Mwendwa had been taken in by the Directorate of Criminal Investigation to give space for investigations. After being let free on Monday afternoon, Nick Mwendwa gave an announcement that no one had expected to hear from him. The silence breaking announcement as reported by KTN News revealed that the boss has decided that he is resigning from his post at FKF and handed his power to his deputy. 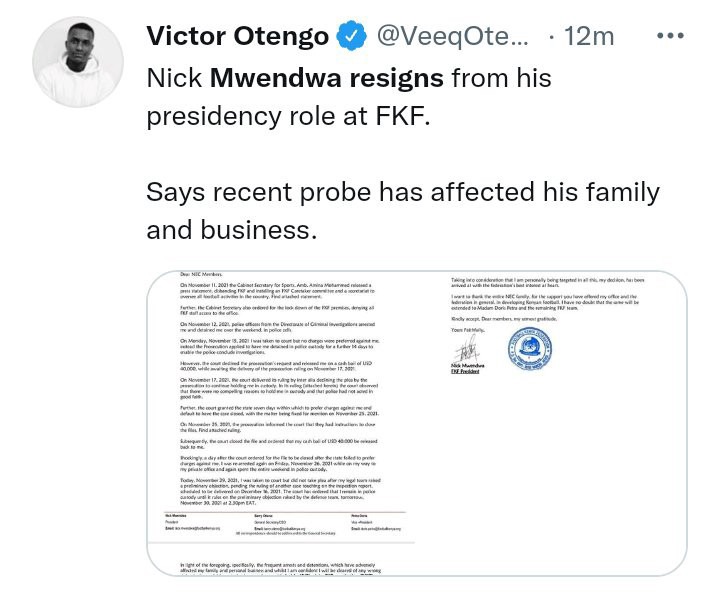