By Onchy (self media writer) | 7 months ago 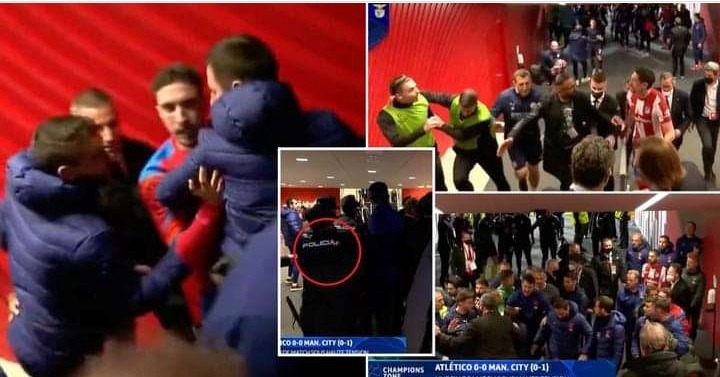 The second leg UEFA Champions league match of Manchester City versus Atletico Madrid was full of several controversies from the home players. 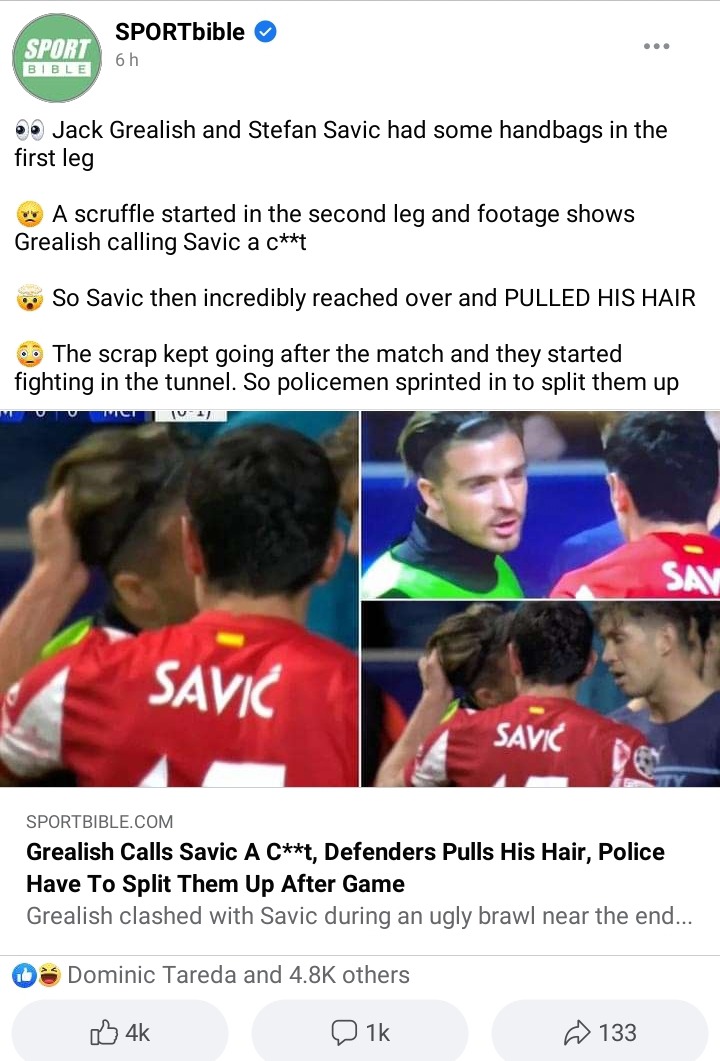 The reports state that the players feud begun on the pitch and went ahead in the tunnel where Savic tried to pull the hair of Jack Grealish which angered him which got them start fighting leading to the intervention of police officers.

This ugly scene was intervened by the officers and some of the staff members from both teams. The clash between Manchester City and Atletico Madrid proved that the Spanish team are not fierce against the English champions.