Venezia fans will want a repeat of their previous result, being the 0-1 Serie A victory versus Bologna.

Paolo Zanetti's Venezia have celebrated scoring a sum total of 7 times in their prior 6 outings. The comparative number of goals that they have conceded in that same time is 7.

Coming into this fixture, Venezia have not won against Inter Milan in their last 3 league matches.

Inter Milan will go into the game following a 2-0 Champions League win over Shakhtar Donetsk in their last outing.

A sequence of dependable performances from the Inter Milan defenders has seen the number of goals they’ve conceded amounting to 4 from their previous 6 clashes combined. Over that same time, their own forwards have managed to score 13. Still, we must now wait to see whether such a trend might persist in this upcoming match or not.

Going into this encounter, Inter Milan are undefeated in their last 2 league matches away from home. 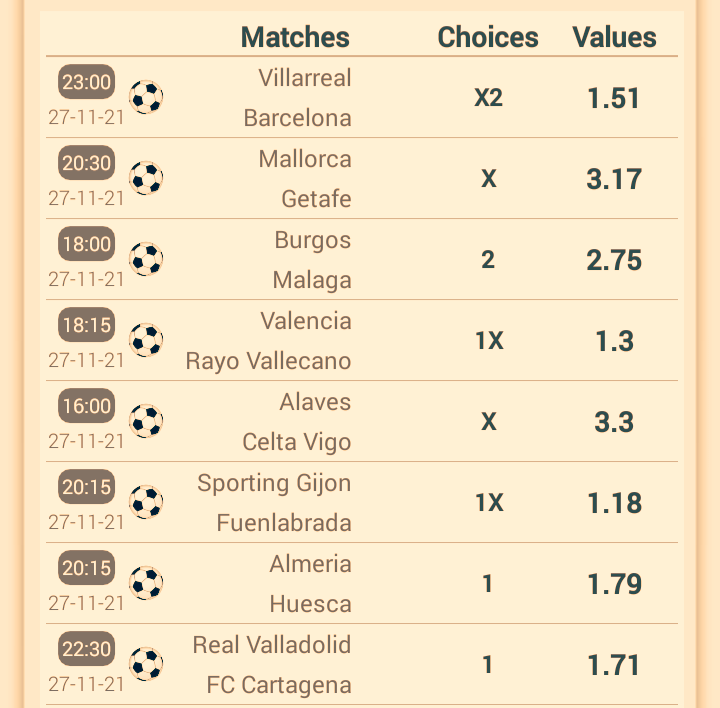 Lille, following on from their previous result, will be hoping for more of the same after a 1-0 Champions League triumph against Red Bull Salzburg.

Lille have been on a persistent run of goalscoring form, finding the back of the net in each and every one of their last 6 games.

They have claimed a sum of 8 during that time while seeing the number of goals scored against them stand at 7.

Since suffering a loss in their previous game against Paris Saint-Germain in Ligue 1 action, Nantes and their fans will hope to get a better result this time.

In that match, Nantes had 34% possession and 12 attempts at goal with 6 of them on target. For Nantes, the scorers were Randal Kolo Muani (76') and Dennis Appiah (81' Own goal). On the other side, Paris Saint-Germain had 14 shots on goal with 7 on target. Kylian Mbappé (2') and Lionel Messi (87') scored for Paris Saint-Germain.

The stats tell the story, and Nantes have been scored against in 5 of their last 6 games, letting opponents get 9 goals in total. At the back, Nantes have been far from perfect. That kind of trend won’t necessarily follow through into this next game, however.

Nice will be looking for another win after a 1-2 Ligue 1 triumph vs Clermont Foot.

In that match, Nice managed 49% possession and 9 shots at goal with 4 of them on target. The only player to score for Nice was Amine Gouiri (76', 82'). Clermont Foot had 18 attempts on goal with 6 on target. Florent Ogier (17') was the scorer for Clermont Foot.

It has been all too rare in recent games that Nice have managed to hold out for a full 90 minutes. In fact, Nice have been scored against in 6 of their previous 6 clashes, letting in 7 goals along the way. We will see whether or not that trend will be sustained in this game.

In their previous game, Metz drew 3-3 in the Ligue 1 match with Girondins de Bordeaux.

Illustrating their appetite for eventful matches, we’ve had goals 21 times in the last six games in which FC Metz have taken to the field, making it a mean average of 3.5 goals each fixture. Opposition teams have hit 14 of this grand total.

Heading into this fixture, FC Metz are without an away win for the past 3 league games.