Mikel Arteta is keen on strengthen the Arsenal attack after completing the signing of Gabriel Jesus. According to reports the Arsenal is one of the clubs interested in signing Asensio from Real Madrid. 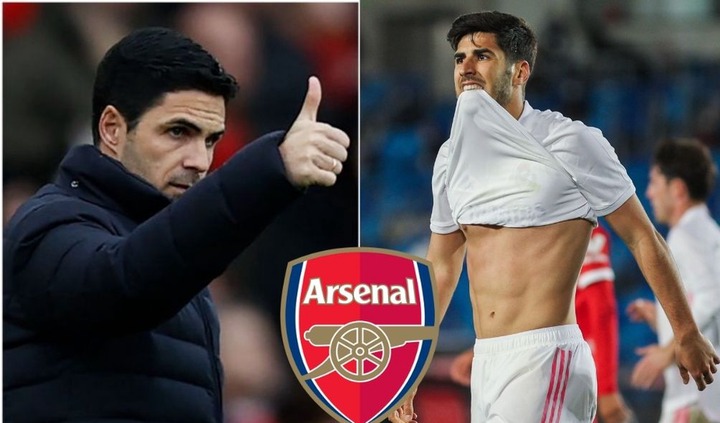 Alongside the gunners, Some Italian clubs seem to be also interested in the services of the Spaniard with Juventus and Milan some of the bidders that hold champions league football advantage over Arsenal, although Mikel Arteta could convince his countryman to join Arsenal.

If Asensio were to join Arsenal, he would partner Bukayo Saka who is young and dynamic and has made a name for himself in North London.

Asensio is always considered a man for the big games as he scored in Real Madrid's champions league victory in 2017. And it is believed if he was to change location he could thrive so well given his ability.

His current Real Madrid boss hails him for his ability claiming that he can move between the lines and his finishing ability can be dangerous to rivals.

Ancelotti has been impressed by his versatility. Playing alongside Saka maybe the key to unlocking the potentials of both players and maybe accelerate both their careers.