The 15th leg of England Premier League kicked off on the first week of the festive season. A total of 5 events were hosted on different Stadium's to mark the Saturday kick-off's a done deal. Below is a screenshot of the player matches and their outcomes. 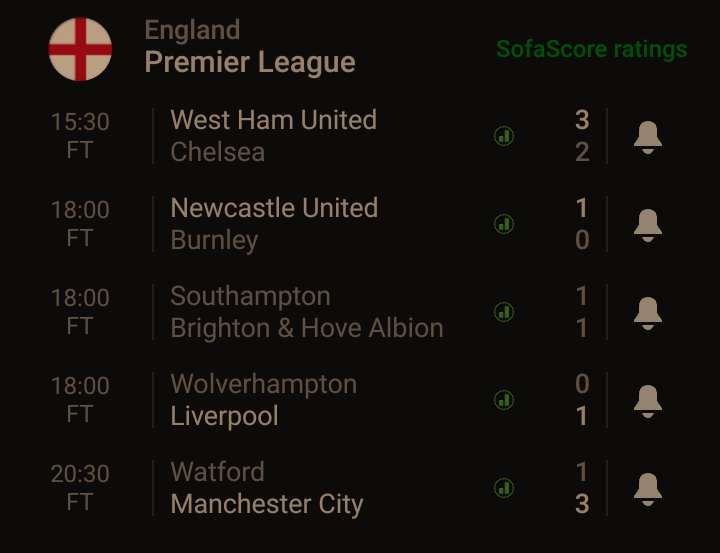 The blues hosted West Ham united at Stamford bridge. This is where the derby determined the weaker and strong side. The blues begun dominating earlier on the 28th minute through Silva which was equalized by Lanzini on 40th minute, later Mason mount lend the first half winning. Second half recorded a strong comeback of two goals from Jarrod Bowen and Arthur Masuaku. Hence West ham worn 3-2. 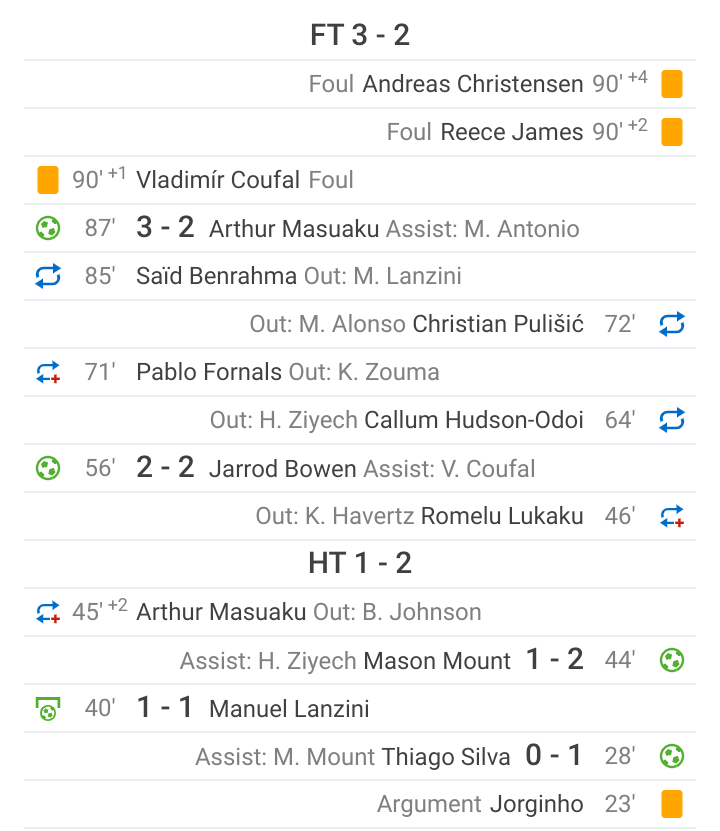 The Reds against the wolves was a tight match between the two teams. The match ended a draw in the first half but second half turned luckiest enough for the Liverpool who gained three points through Origi on the last minute. 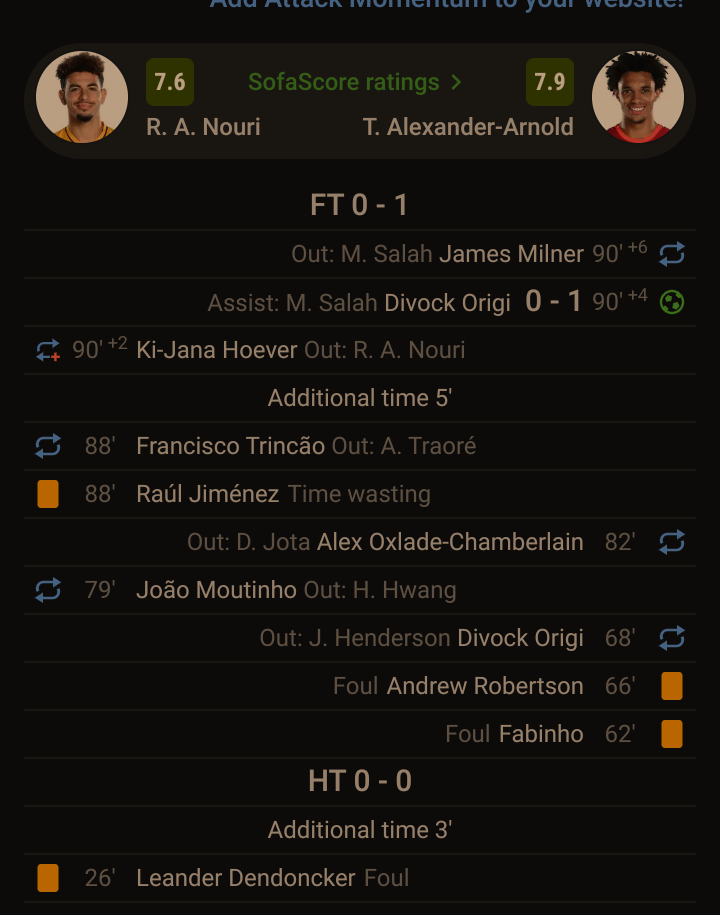 Southampton vs Brighton & Hove Albioni was a tricky event for the gamblers, the lend 1-0 until first half was over with Southampton leading, but on the 90th minute Brighton defended a draw of 1-1 through Neal Ma u pay. Below are analysis. 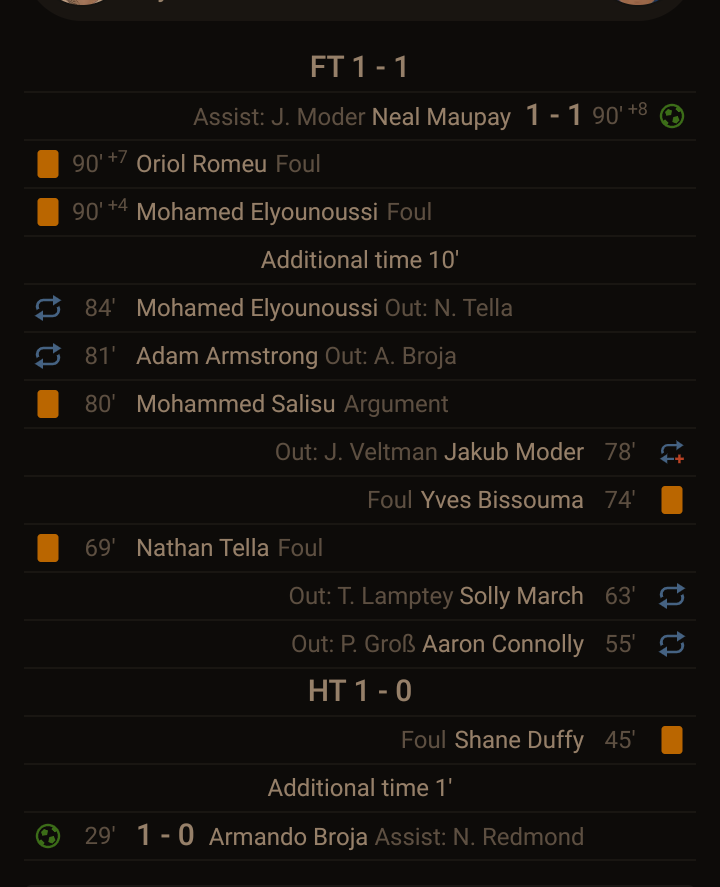 The closure clash was between Watford vs Man City. Man city showed dominance through sterling on 4th minute then Bernado Silva on 34th and 63rd minutes made two consecutive wonderful shots on the net. Watford defended only one goal through Hernandez on 73rd minute. And hence the clash ended 1-3 with Man City winning excellently. Below are fulltime goals analysis. 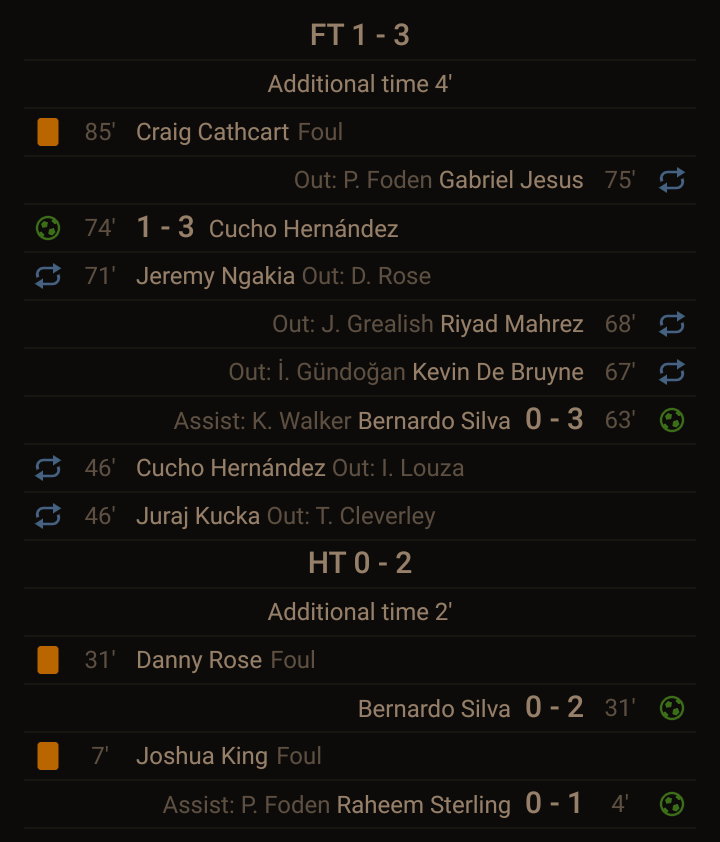 After the five games were played, their were distinct replacement. Chelsea were replaced to position 3 by Man city with 35 Points, Liverpool 34 and then Chelsea with 33 points at position 3. Study the screenshot below to study the table of fixtures recording. 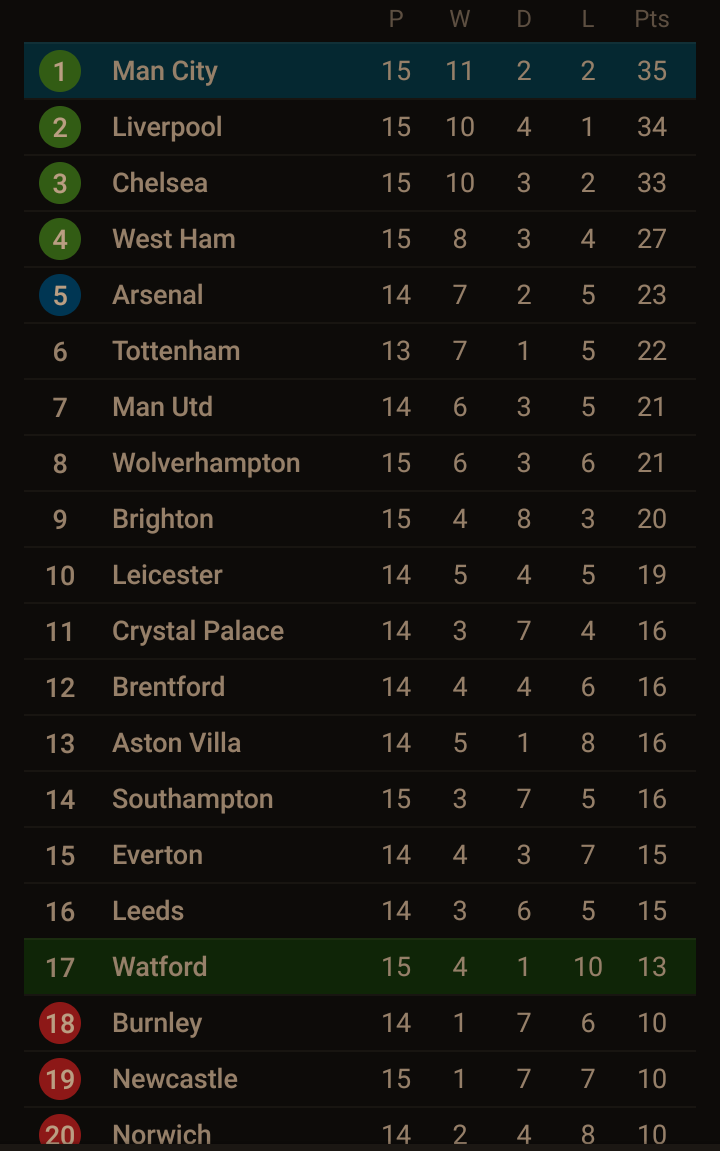 Humbly don't forget to follow me for more football news update. Thanks. Will Chelsea retain their number one position again? Leave your answer.