By PerestheSuperAnalyst (self media writer) | 22 days ago

BOLTON WANDERERS U23 VS LIVERPOOL U23.

The hosts have a superior advantage over the visitors if history books are anything to go by.The hosts have won five matches,lost two matches with three matches concluding in draws.The goal difference is 21-10 with the hosts being ahead of time.

The hosts have won four matches,lost six matches with one draw in the league.The goal difference is 15-10 in favour of the away team.

The hosts have won three matches,lost two matches with three matches concluding in draws. The goal difference is 17-15 in favour of the away team.

The two teams always have a balanced match whenever they meet in the league.The most recent encounter between themselves ended at 1-1.Both teams have few players injured. 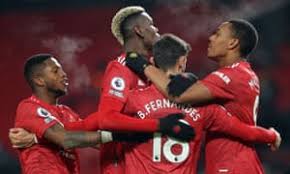