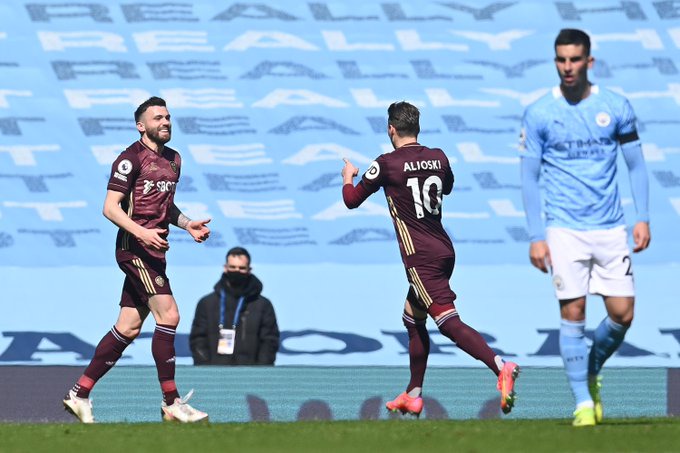 Image used only for illustration

Leeds took the lead through Dallas which was Leeds united first shot against Manchester city.With a reckless challenge against city striker Gabriel Jesus,Leeds captain Cooper was dismissed after referee Andre Marriner confirmed the challenge through VAR overturning the initial yellow into a straight red card two minutes before half time. 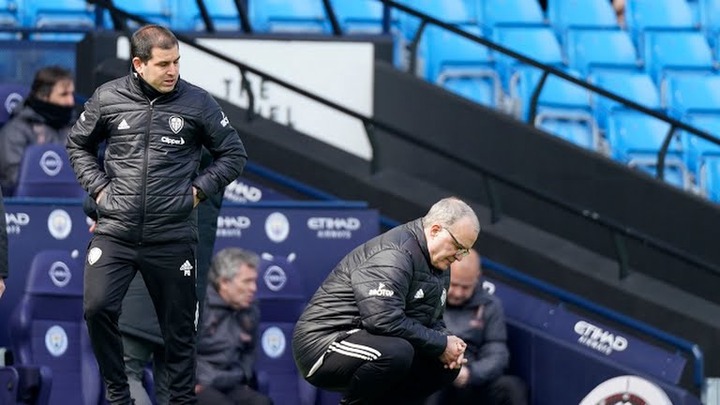 Image used only for illustration-Bielsa

Patrick bamford was sacrificed by Bielsa having only getting 8touches in the first 43minutes,his place was taken by Struijk.Leeds were to have a serious second half against the champions elect in the second half.Manchester city came into the second half trailing Leeds and pep made a substitute withdrawing Ake for Ikay Gundogan clearly showing his attacking intent to chase and overturn the scores,Fernandinho dropped further back to help stones with the defence.In the 67th minute Ferran Torres equalised for city with his right footed curl into the bottom right corner.City dominated the second half with Leeds failing to get another shot on target for a better part of the match.As the game was approaching the end with a draw looking a possible out come and De bryne waiting to make his appearance,Leeds had other ideas. 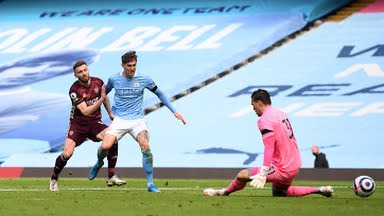 Alioski played a one two exchange with Costa,Alioski rolled the ball to Dallas who was strategically placed between Stones and Fernandinho and he slotted the ball through Edersons legs to make it two goals in two shots for Leeds and what proved to be a match winner. 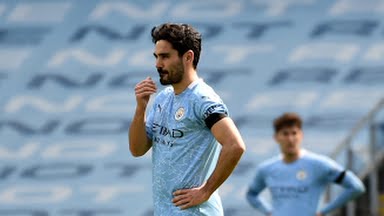 The defeat is first for Man city against the promoted sides in 42 matches.Leeds have become the only second team pep guardiola has failed to beat in his 77 teams in charge in his managerial career alongside middlebrough.

While Leeds are in position 9 with 45points

Content created and supplied by: Sadique3100 (via Opera News )