Opinion: Main Reason Arsenal Can Still Finish At The Top Four This Season

Arsenal lost their last game in the Premier League against Everton, which was not good. In the game, Arteta would be very angry with how his team let two late goals in. 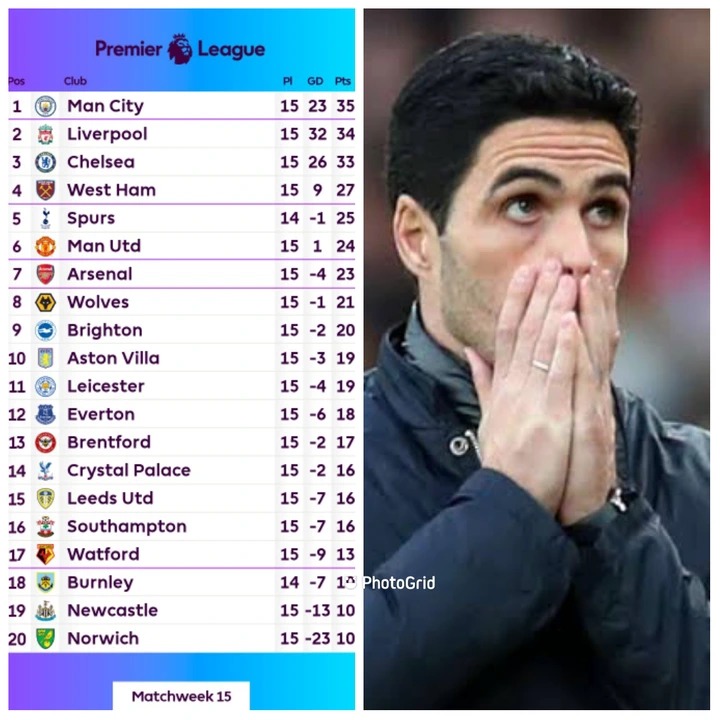 Arsenal looked like they were going to win until Richarlison and Gray scored some great goals in the last few minutes of the game. There have been 15 PL games this season, and Arsenal has only won 23 points.

They are four points behind Westham, who is in 4th place in the Premier League.Arsene Wenger still has a good chance to play in the Champions League next season, based on how things are now in the league

People from Manchester City and Chelsea and Liverpool and United and Everton and Brentford have beaten Arsenal so far this season.

This means they've been able to get good results against smaller teams in the league.

Arsenal's good run of results against small teams might be the main reason why they'll finish in the top four this season, though.