By EconomistTvNews (self meida writer) | 6 days 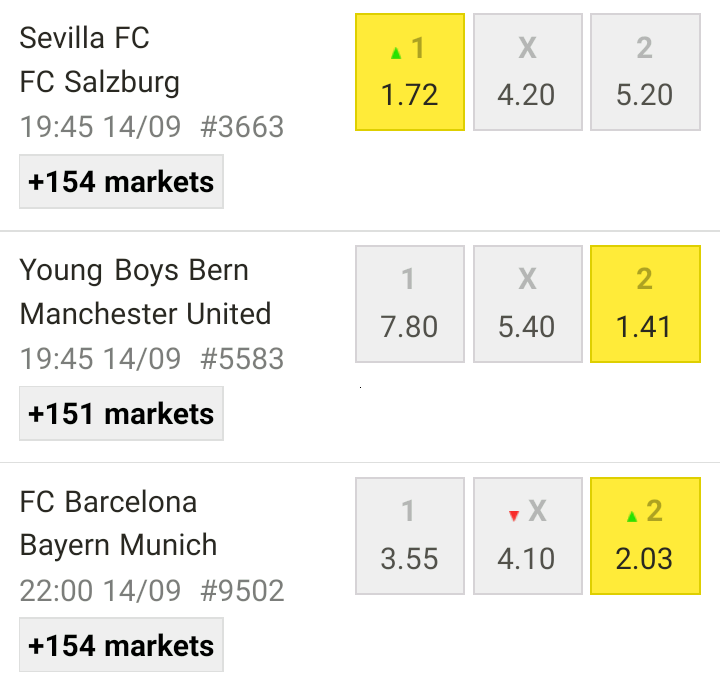 The following are well tipped fixtures scheduled to play on September 14th 2021.

United have conceded in nine of their last 10 champions league games under solskjaer. Meanwhile, Young boys scored three times in each of their Qualifying ties at home this term.

Wolfsburg sit top of the Bundesliga after Winning their first four league games.

Malmo have scored in all eight of their competitive home games this term, bagging 17 goals in total.

Villarreal won all seven of their home games and both teams will likely battle things out for second sport in group F behind favorites Manchester United.

Chelsea are unbeaten in 11 champions league group stage games. Zenit lost all of their trips in last season's group stage by atleast 2 goals.

Those are seven well Analyzed Fixed Predictions for mega win.