By Thegreatwriter (self media writer) | 1 year ago

Fans on Twitter have called on the center half referee for the Tottenham Spurs vs Manchester United game Chris Kavanagh, this was after the referee disallowed Edison Cavani's united goal because Scot mctominay fouled Heung min son in the build-up to the disallowed Cavani goal.

Video Assistant referee had to be called into action which led to Manchester United being denied their first goal. Tottenham spurs late took the lead after Heung min son scored from Louca Moura's superb pass.

Frustration mounts up in the Twitter community as fans were quick to air out their dismay on the official.

A disappointed fan lamented " well that's disappointing, to say the least. Anyone who's played football at any level knows that's never a foul. Embarrassing decision."

Another one added "premier league hapless pedantic application of VAR is ruining games. Accidental by mctominay, No consistency, it makes English football a laughing stock."

The red Devils went on to orchestrate one of the finest comebacks of all the time as they clinched a three-one victory, thanks to Fred equalizer and Greenwood's two second-half goals.

Here are the netizens' reactions, check them below 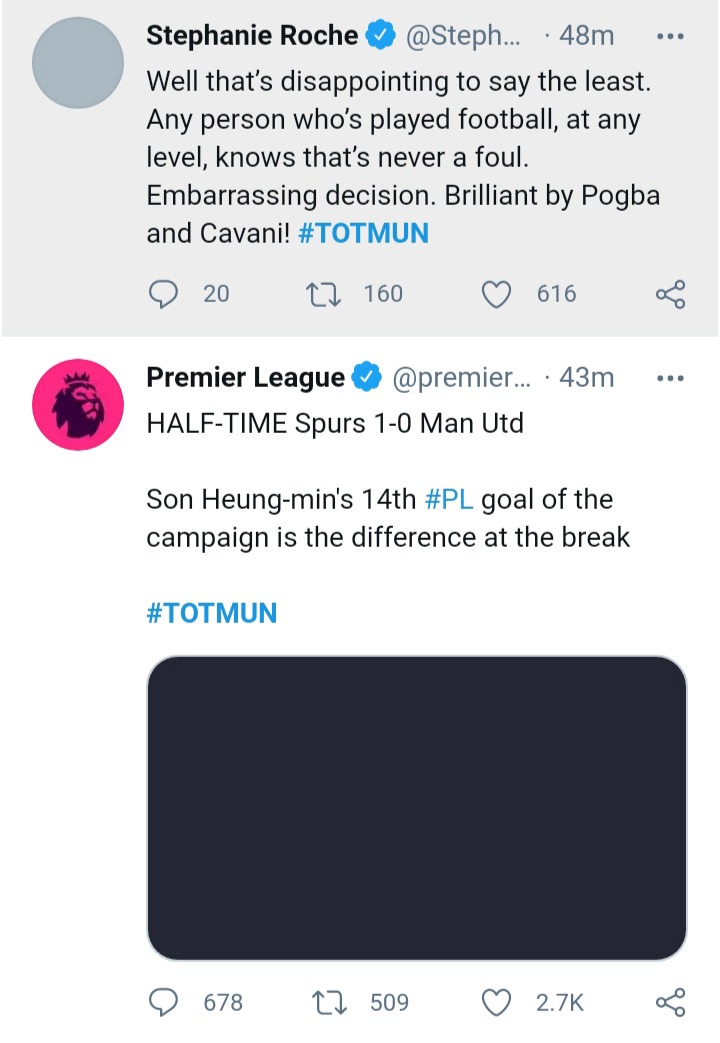 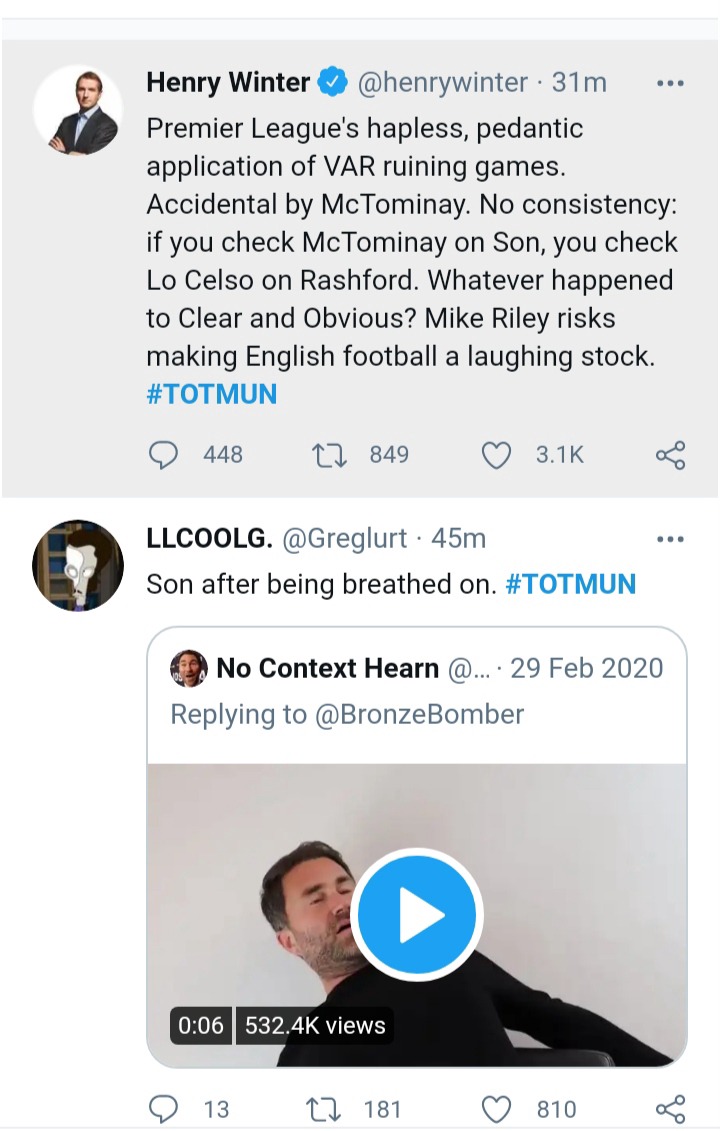 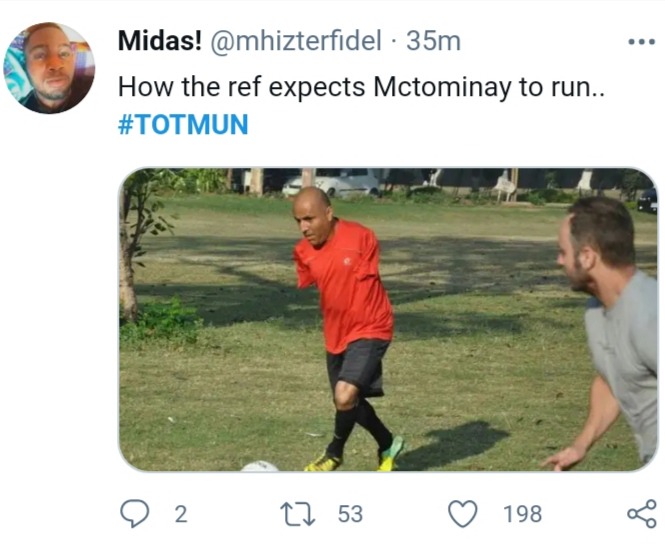 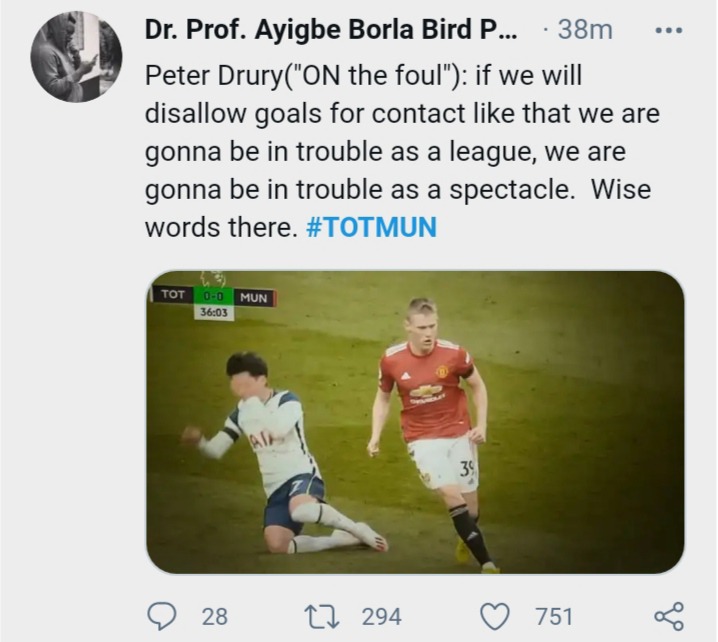