World Class defender and former Real Madrid captain Sergio Ramos has reportedly agreed a deal with Ligue 1 giants Paris Saint-Germain with the 35 year old now set to move to the Parc des Princess in a free transfer following his exit from the Santiago Bernabeu few weeks ago. 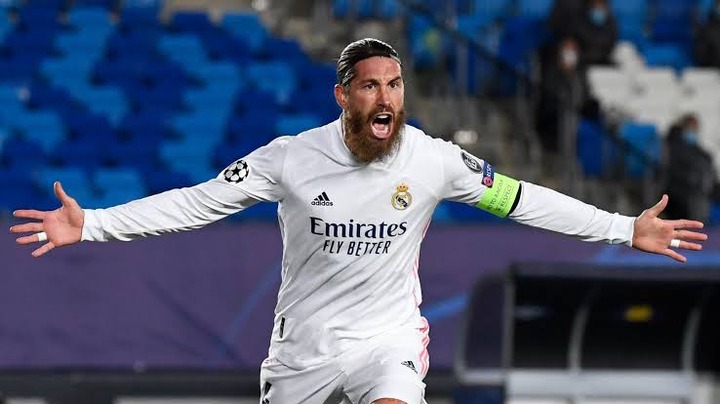 According to latest reports from RMC Football Reporter, Mohammed Bouhafsi, the Mauricio Pochettihno's side have agreed a two-year deal with the Spanish international pending medical examination which is due to take place in the coming days. 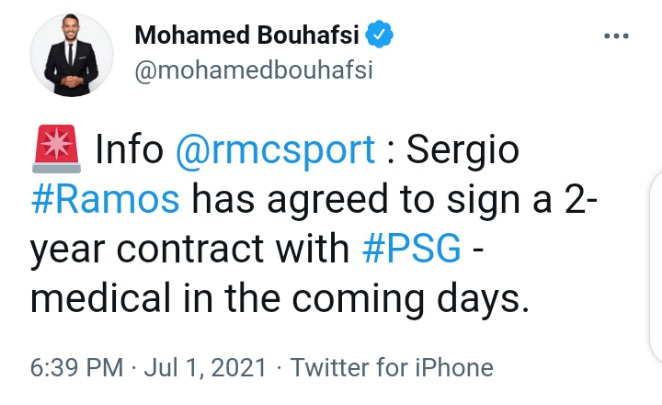 Sergio Ramos was reportedly a target of several top clubs across Europe with Premier League trio Manchester United, Chelsea and Manchester City all said to have been eyeing him. However, the star defender has decided a move to PSG could be the best for his career. 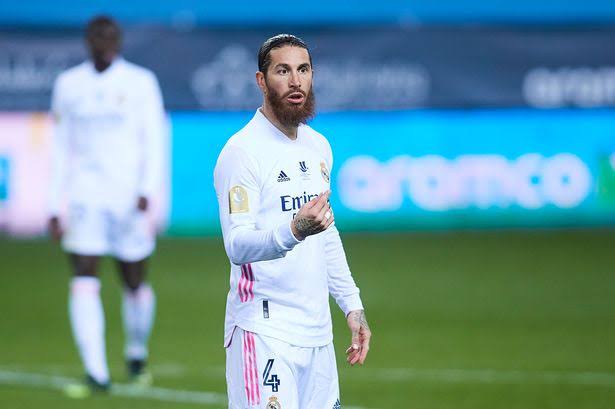 Meanwhile, the 35 year old is now poised to become the Les Parisiens fourth summer signing after the transfers of Georginio Wijnaldum, Gianluigi Donnaruma as well as star right back Achraf Hakimi to the Parc des Princess.