Real Madrid have won yet another European trophy and that makes the Los Blancos European champions for the 14th time. 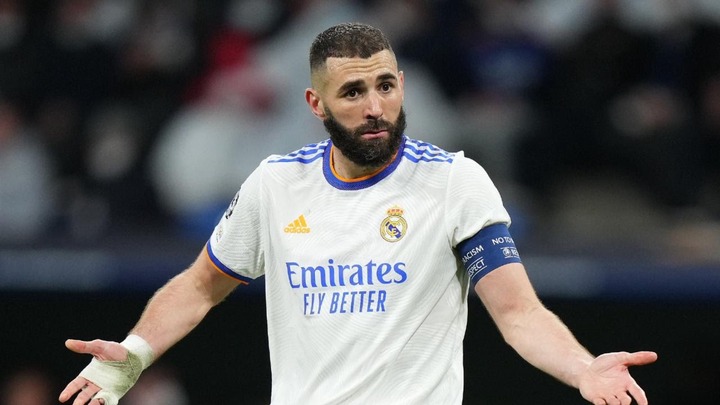 Karim Benzema, the tournament's top scorer scored a controversial goal that was ruled out by VAR after a sloppy display from both Real Madrid and Liverpool in the first half.

The disallowed goal came a few minutes before half term and there were a lot of questions whether the goal was offside or it was a clear one.

Karim benzema hit the back of the net as Liverpool failed to clear their lines but the celebrations were cut short when the offside flag went up.

The VAR took a lot of time before coming to a final decision on whether to award the goal or stick with the initial decision to disallow it.

The Frenchman was not offside in the first instance of the through ball but was ruled offside after the reds failed to clear their lines after Fabinho's tackle.

According to the official law of the game a player in an offside position receiving the ball from an opponent who deliberately plays the ball including deliberately handball is not considered to have gained an advantage unless it was a deliberate save by an opponent.

Therefore Benzema was offside and the call made on the field should always stand unless their is clear evidence of an error.