By @kariuki (self media writer) | 2 months ago

New Manchester City marking Jack Grealish says that as opposed to feeling the pressing factor of being British football's first £100 million player, he "enjoys" the tag.

"No, it doesn't put pressure on me whatsoever,," he told a news meeting at the Etihad Stadium on Monday. I accept that as a commendation, I really like it, I think it is a decent tag to have.

"At the point when you see a club paying that much for a player it implies they esteem you exceptionally. I trust I can reimburse this club by winning however many titles as could be allowed."

Grealish finalised his transition to City last week after at first getting back to Aston Villa following a break after the European Championships. The 25-year-old let it be known was hard to leave Villa, the club he upholds and joined at six years old, and said his response to the move was like Lionel Messi, who is withdrawing Barcelona after over 20 years at Camp Nou.

"I reported back for preseason as I was meant to, that is when the manager wanted me back," said Grealish. "It was obviously difficult because in the back of my head I knew I might be going, so I didn't really train and did a few things on my own. 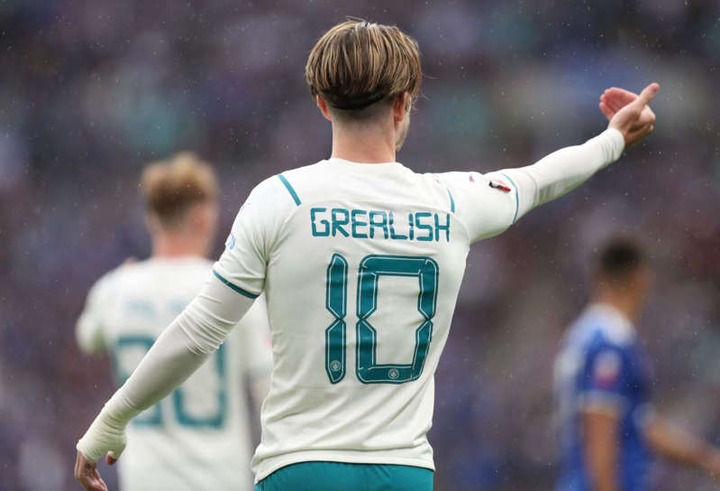 "Everyone has seen the way Messi was yesterday [Sunday] at his final press conference and that is the exact way I felt myself.

"Before I left, I spoke to the team at the hotel and teared up a bit myself but I felt it was time for me to move on.

"I have always said I wanted to play Champions League football and I couldn't do that at Villa this year. I am at a club here that has so much potential and is the most successful English side of the last 10 years. They showed so much faith in me and I felt it was the right time."

Just as making his introduction in the Champions League this season, City can likewise offer Grealish the opportunity to challenge for the Premier League title having won three of the last four. There was likewise the draw of working under Pep Guardiola, who Grealish calls "the best coach on the planet."

"It was probably the hardest choice I have at any point needed to make," he said. "It boiled down to a couple of things. It was something I just idea I was unable to turn down - the opportunity to play Champions League football, to challenge for prizes to play close to players like Kevin De Bruyne, who I have gazed upward to throughout the previous few years, and to play for the best administrator on the planet.

"I have come here to win prizes. That is the thing that I need to do, to have however many champs' awards as could be allowed in my profession. I have had a couple of other participants' ones. I likewise have dreams I need to accomplish for the public group. I need to be a standard starter for England and I trust I can be."

Content created and supplied by: @kariuki (via Opera News )