Reus Misses Out After German Releases Its Squad for The Euros

By Eric.Muema (self meida writer) | 1 months

With the upcoming Euro competition, European national teams have began releasing the list of their most competitive players. German being in the category has also released their squad.

However, what has come as a shocker for many is the fact that some players are missing from the list released by the German football head coach. Notably missing from the list is Marco Reus. According to reports, he wants to take a body rest so as to resume fully and physically fit for next season. He plays for Dortmund. 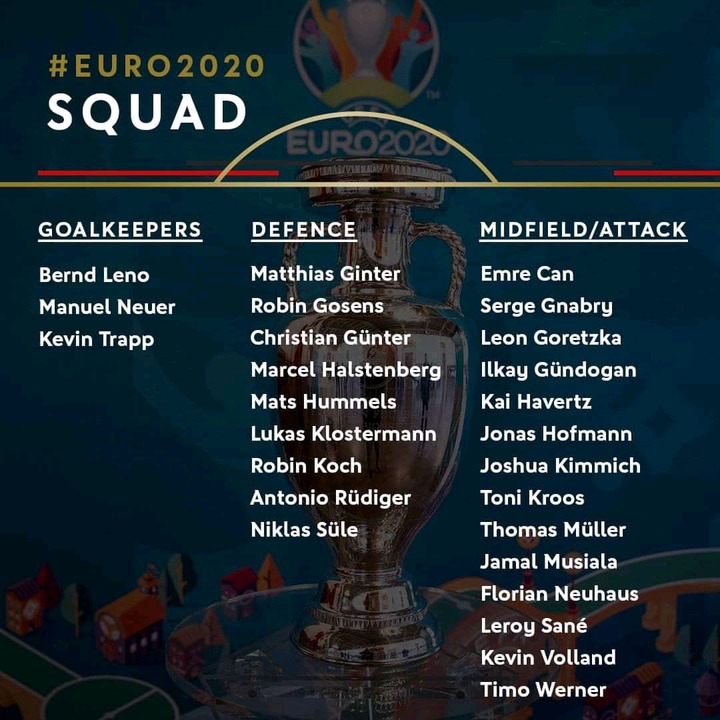 Also missing from the list is Barcelona choice number one goal keeper Ter stegen. He is out through injury that lasts for several months.